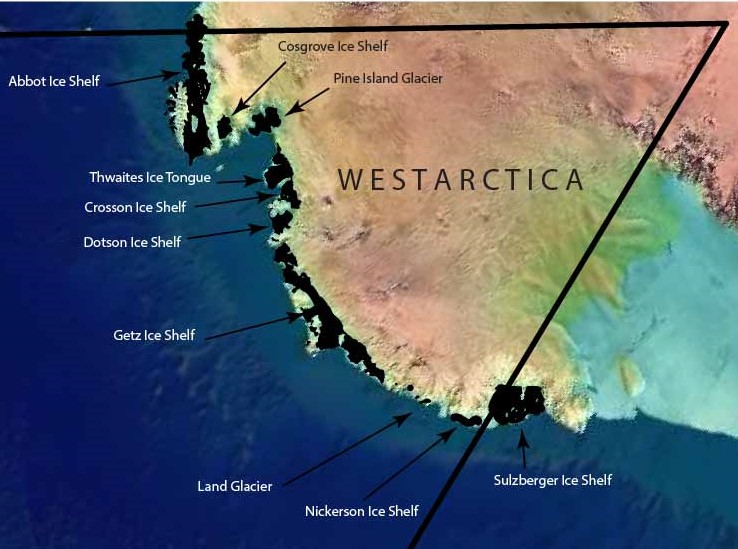 The Dotson Ice Shelf is an ice shelf about 30 miles (50 km) wide between the Martin Peninsula and the Bear Peninsula on the coast of Westarctica.

It was first mapped by the U.S. Geological Survey from air photos obtained by U.S. Navy Operation Highjump in January 1947. The shelf was named by the Advisory Committee on Antarctic Names for Lieutenant William A. Dotson, US Navy, formerly Officer in Charge of the Ice Reconnaissance Unit of the Naval Oceanographic Office, who was killed in a plane crash in Alaska in November 1964 while on an ice reconnaissance mission.

Melting under the ice shelf

Scientists using the European Space Agency's CryoSat were able to study changes in the surface of the Dotson Ice Shelf to gain a better understanding of the complicated processes happening under the ice.

Noel Gourmelen from the University of Edinburgh said:

We have found subtle changes in both surface elevation data from CryoSat and ice velocity from Sentinel-1 which shows that melting is not uniform, but has centered on a 5 km-wide channel that runs 60 km along the underside of the shelf. Unlike most recent observations, we think that the channel under Dotson is eroded by warm water, about 1°C, as it circulates under the shelf, stirred clockwise and upward by Earth’s rotation. Revisiting older satellite data, we think that this melt pattern has been taking place for at least the entire 25 years that Earth observation satellites have been recording changes in Antarctica. Over time, the melt has calved in a broad channel-like feature up to 200 m deep and 15 km across that runs the entire length of the underside of Dotson ice shelf.


We can see that this canyon is deepening by about 7 m a year and that the ice above is heavily crevassed. Melt from Dotson ice shelf results in 40 billion tonnes of freshwater being poured into the Southern Ocean every year, and this canyon alone is responsible for the release of four billion tonnes – a significant proportion. The strength of an ice shelf depends on how thick it is. Since shelves are already suffering from thinning, these deepening canyons mean that fractures are likely to develop and the grounded ice upstream will flow faster than would be the case otherwise. 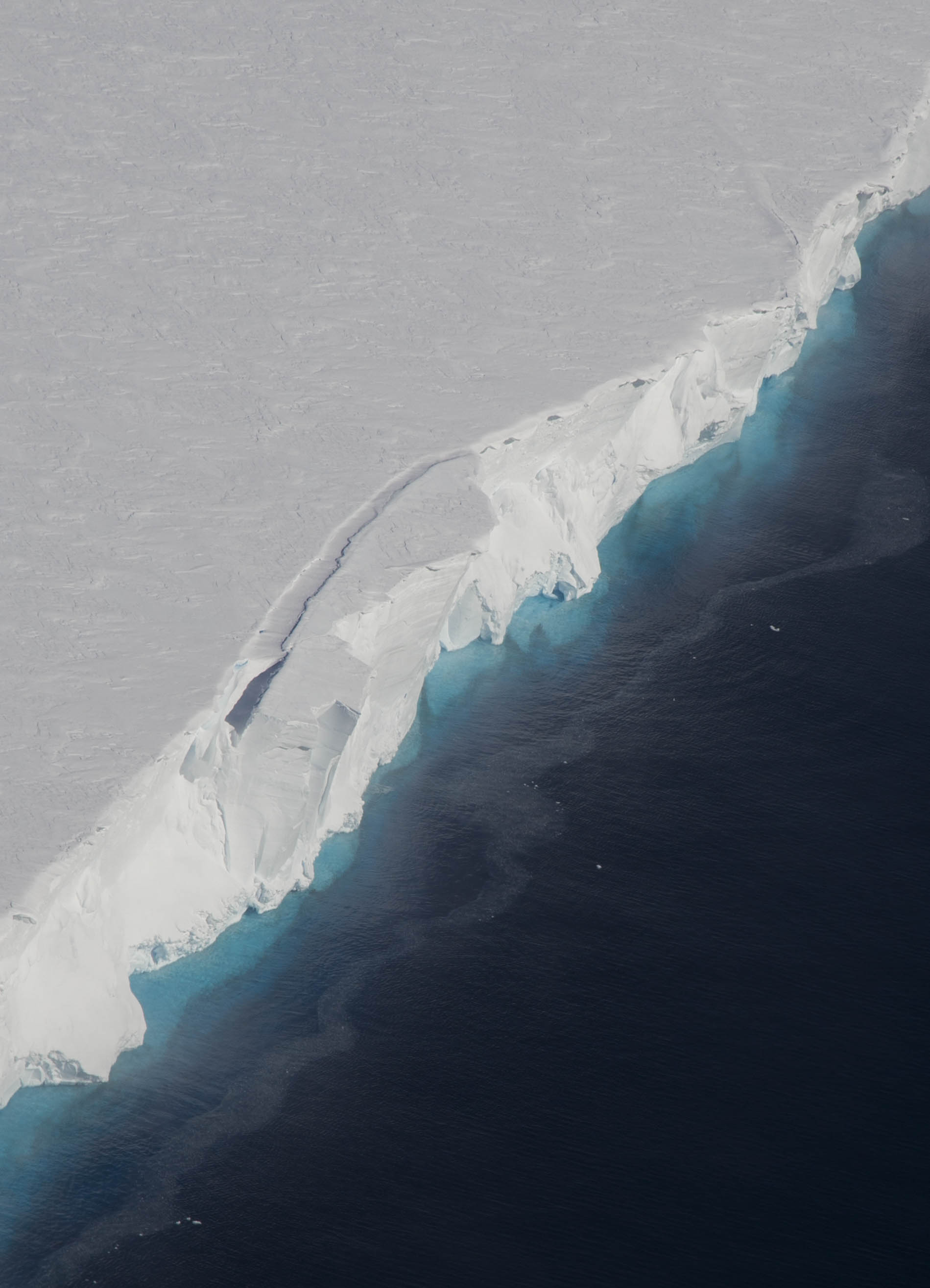 Edge of the Dotson Ice Shelf