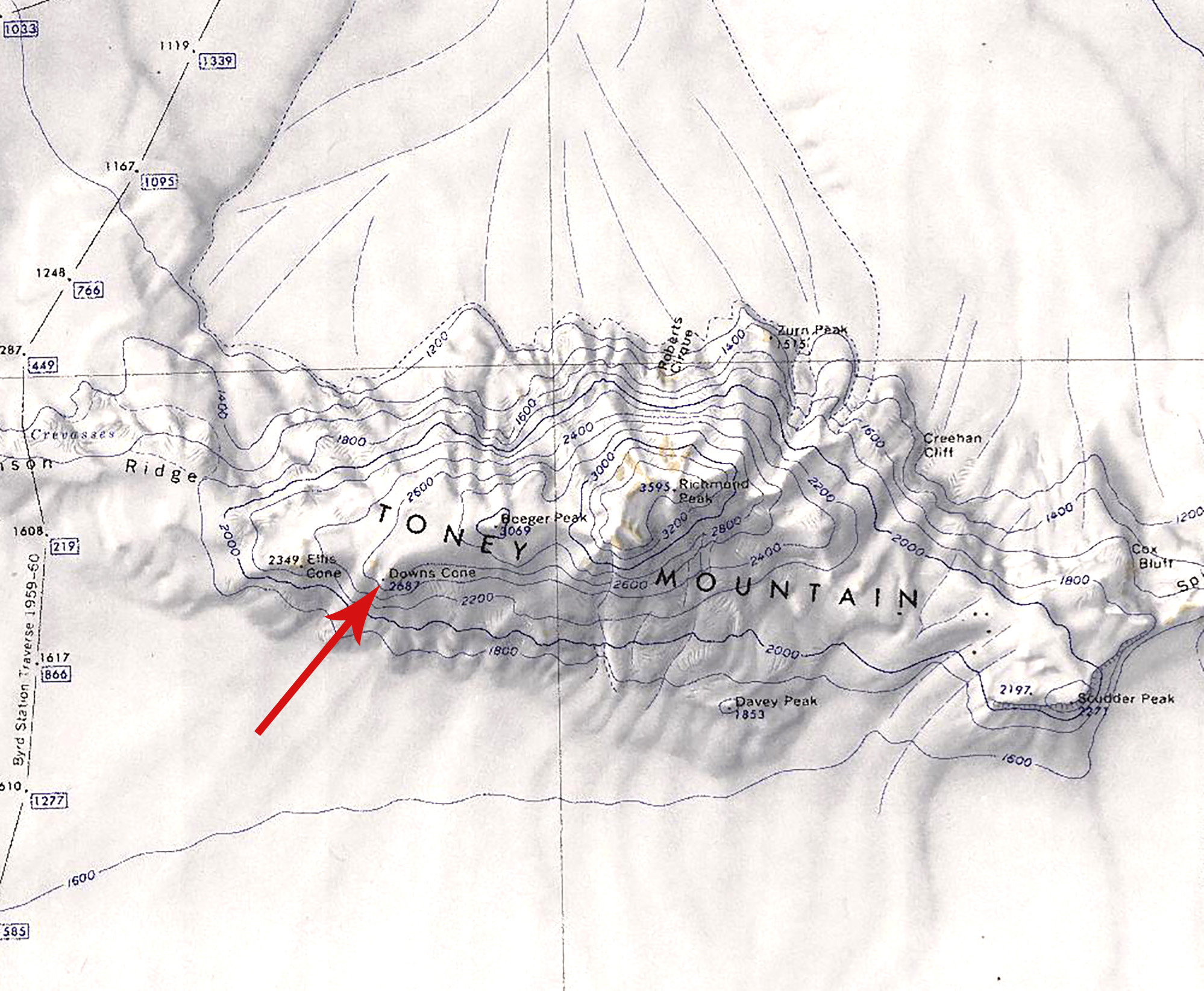 Map of Toney Mountain showing the location of Downs Cone

Downs Cone (75°50′S 116°16′W) is one of several small cones or cone remnants along the southwest side of Toney Mountain in Westarctica. It is located 3 nautical miles (6 km) west-southwest of Boeger Peak.

The cone was mapped by the United States Geological Survey from ground surveys and U.S. Navy air photos collected during the years 1959–66. Downs Cone was named by the Advisory Committee on Antarctic Names in honor of Bill S. Downs, a U.S. Navy Air Controlman at Williams Field near McMurdo Station in the 1969–70 and 1970–71 austral summers. He also wintered at Little America V on the Ross Ice Shelf in 1958.

On 8 June 2020, Janae Havard-Hammett, daughter of the Duke of Tapley, was granted the peerage title Countess of Downs.