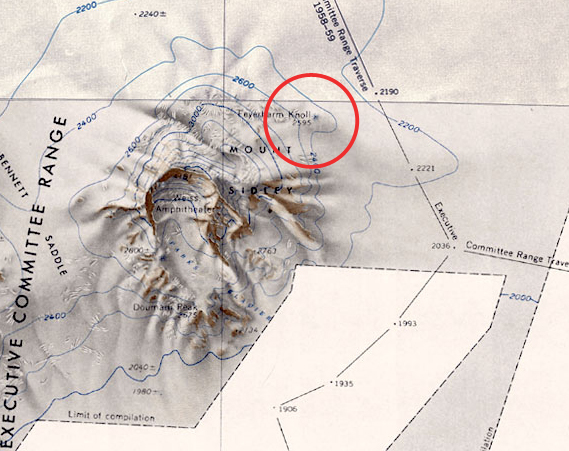 Feyerharm Knoll (77°0′S 125°46′W) is an ice-covered knoll on the lower northeastern slope of Mount Sidley, in the Executive Committee Range of Westarctica.

It was surveyed by the United States Geological Survey during the Executive Committee Range Traverse of 1959, and was named by the Advisory Committee on Antarctic Names for William R. Feyerharm, a meteorologist at Byrd Station during the 1960 research season.

On 29 November 2018, April Carpenter received the peerage title Baroness of Feyerharm in honor of her contributions to Westarctica.