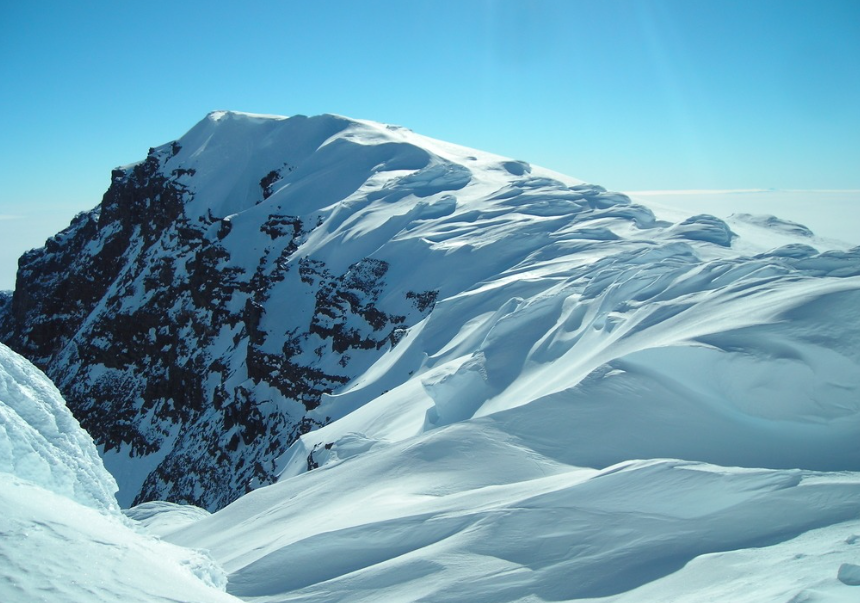 Mount Sidley is a massive, mainly snow-covered shield volcano which is the highest and most imposing of the five volcanic mountains that comprise the Executive Committee Range of Marie Byrd Land. The feature is marked by a spectacular 5 km wide caldera on the southern side and stands north east of Mount Waesche in the southern part of the range.

The mountain was discovered by Rear Admiral Richard E. Byrd on an airplane flight on 18 November 1934 and named by him for Mabelle E. Sidley, the daughter of William Horlick who was a contributor to the 1933–35 Byrd Antarctic Expedition.

Despite its lofty status, the volcano languishes in obscurity due to its extremely remote location. It is little known even in the mountaineering world compared to the far more famous Mount Erebus, the second highest Antarctic volcano which is located near the U.S. and New Zealand bases on Ross Island.

The first recorded ascent of Mount Sidley was by New Zealander Bill Atkinson on 11 January 1990, while working in support of a United States Antarctic Program scientific field party. 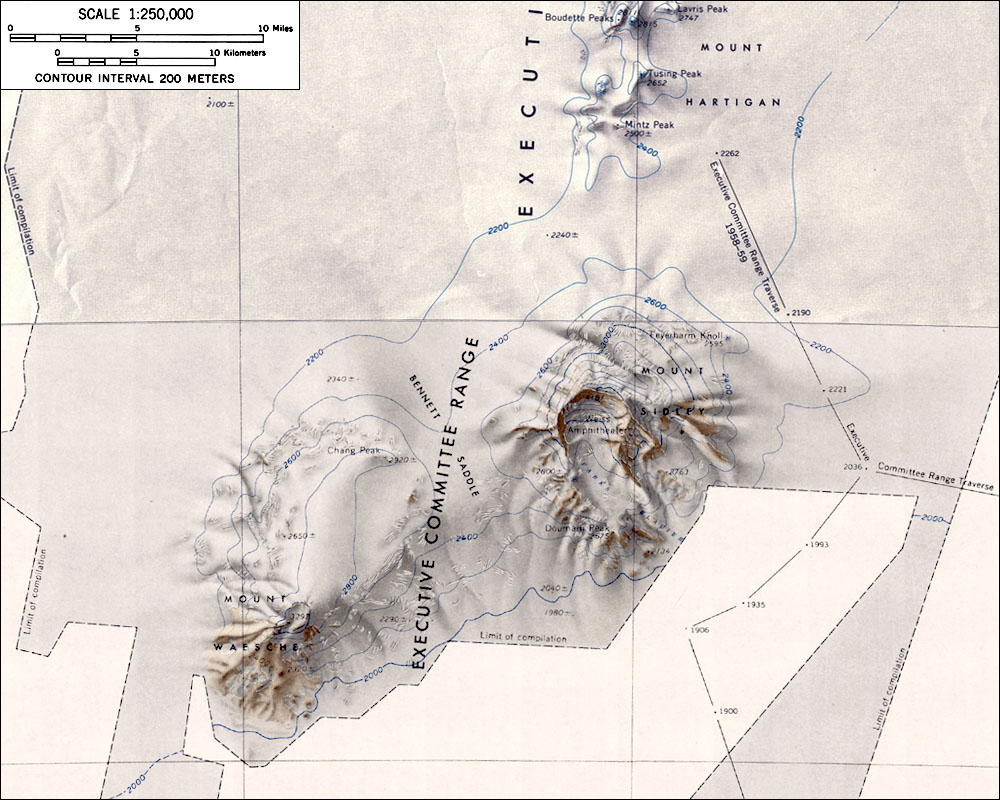 In 2005, Grand Duke Travis granted the title "Duke of Sidley" to a the leader of a rival Antarctic micronation known as the "Mars Sovereignty." After several months of negotiation (conducted via e-mail, letters, and phone calls) an agreement was reached where the "Mars Theologian" would join Westarctica's government as a Minister in the Grand Ducal Cabinet and become a member of the Hereditary Nobility.

However, the newly-christened Duke found himself disbarred a few short months after his rapid ascension in the government. As reported in the first issue of Westarctica Quarterly, in September 2005, he was stripped of his title, his government post, and sentenced to permanent exile.