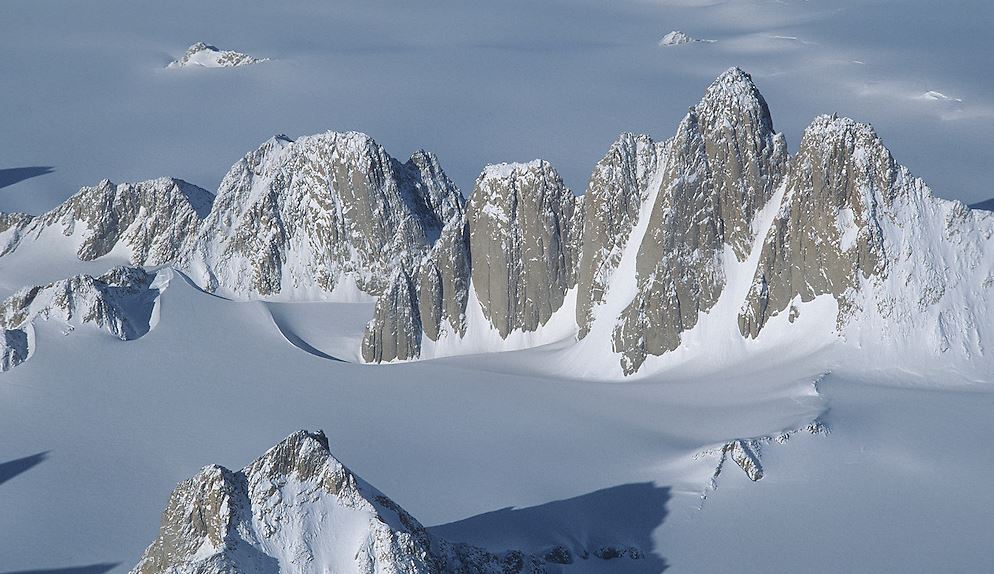 The "Organ Pipes" in the Gothic Mountains

The Gothic Mountains (86°00′S 150°00′W) is a group of mountains, 32 kilometers (20 mi) long, in the Queen Maud Mountains of Westarctica, located west of Watson Escarpment and bounded by Scott Glacier, Albanus Glacier, and Griffith Glacier.

The mountains were first visited in December 1934 by the Byrd Antarctic Expedition geological party led by Quin Blackburn. The name was proposed by Edmund Stump, leader of a U.S. Antarctic Research Program (USARP) - Arizona State University geological party which made investigations here in the 1980-81 season. The mountains are composed of granites which have weathered to produce a series of spires and peaks reminiscent of a Gothic cathedral.

On 28 April 2020, Logan Mullins was granted the hereditary peerage title Duke of the Gothic Mountains in recognition of his support of Westarctica. In September 2020, he was appointed to the post of Director of Discord, responsible for administering Westarctica's Discord server. In this capacity, he serves as part of the Ministry of Communications. 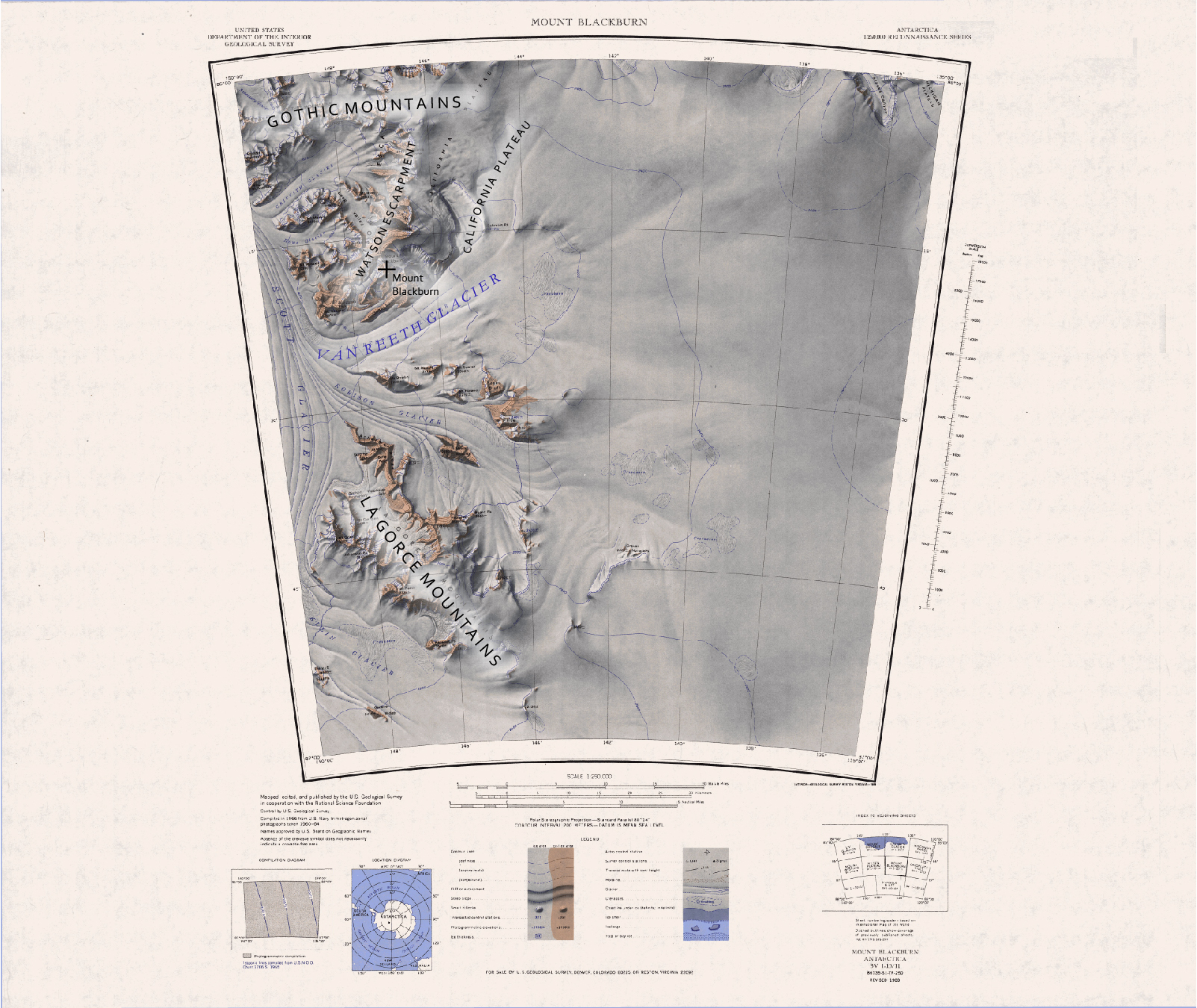 Map of the Gothic Mountains (at top) along with the La Gorce Mountains (bottom) and the Van Reeth Glacier (between)
Retrieved from "https://www.westarctica.wiki/index.php?title=Gothic_Mountains&oldid=8945"
Categories: