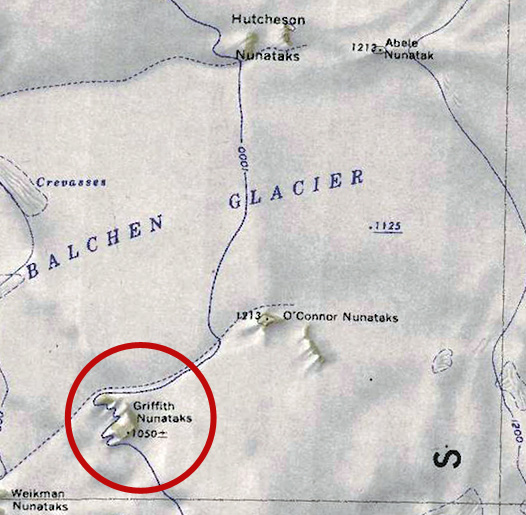 Map showing the location of the Griffith Nunataks circled in red

The Griffith Nunataks (76°28′S 143°45′W) are a group of rock exposures on the south side of the Balchen Glacier between the O'Conner Nunataks and Mount Perkins, in the Ford Ranges of Westarctica.

The Griffith Nunataks were discovered by the United States Antarctic Service in aerial flights over this area in 1940, and were named in honor of Clyde W. Griffith, a machinist and tractor operator during that expedition.

On 23 January 2019, Lisa Dickamp was granted the peerage title Baroness of Griffith.