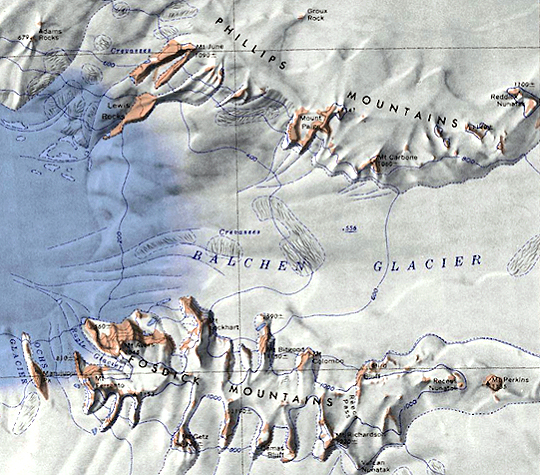 Map of the Balchen Glacier with the Fosdick and Phillips Mountains

The Balchen Glacier (76°23′S 145°10′W) is a crevassed glacier in Antarctica, flowing west to Block Bay between the Phillips Mountains and the Fosdick Mountains in Westarctica.

It was discovered on December 5, 1929, by the Byrd Antarctic Expedition and named by Richard E. Byrd in honor of Bernt Balchen, chief pilot of the expedition.

Duke of the Balchen Glacier

Lars Vorländer, a German citizen of Westarctica, was granted the peerage title Duke of the Balchen Glacier by Letters Patent on 23 January 2018. In March of that year, the Duke became a prominent patron of the Westarctica Civilian Corps with the creation of the Vorländer Scholarship. 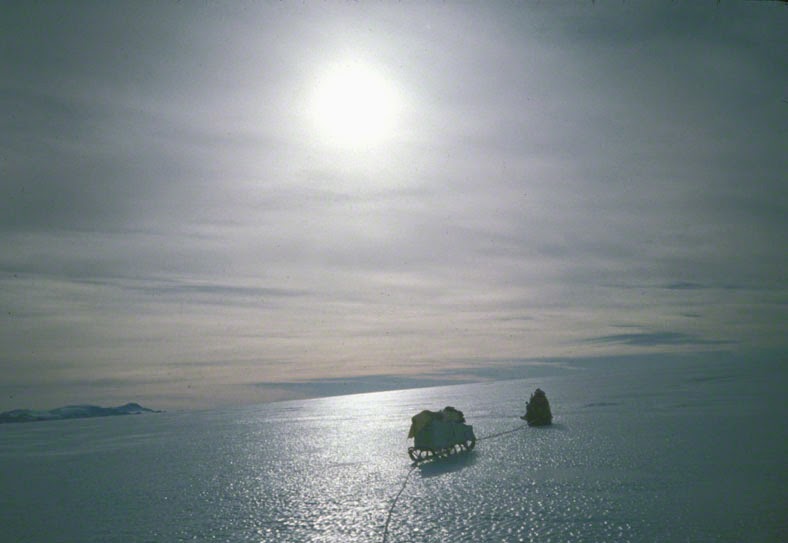 A high number of nunataks lie in close proximity to the glacier, including: