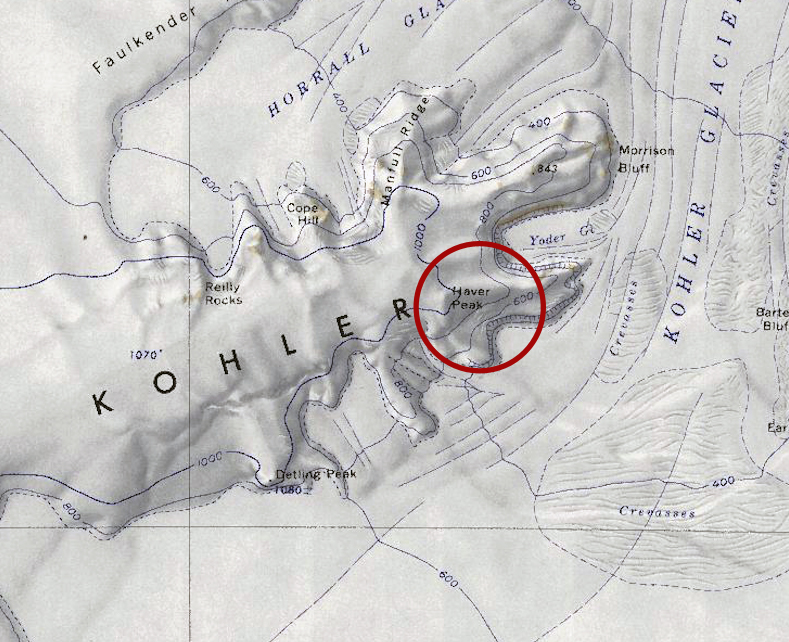 It was first photographed by U.S. Navy Operation Highjump during the 1946–47 season. Haver Peak was mapped by the United States Geological Survey from surveys and U.S. Navy air photos collected during the years 1959–66. The peak was named by the Advisory Committee on Antarctic Names after Lieutenant D.J. Haver, U.S. Navy, who served as the Assistant Officer in Charge of the Supply Department during Operation Deep Freeze in 1965 and 1966.

On 28 February 2019, Christian Hohberg was granted the peerage title Viscount of Haver in recognition of his support of Westarctica.