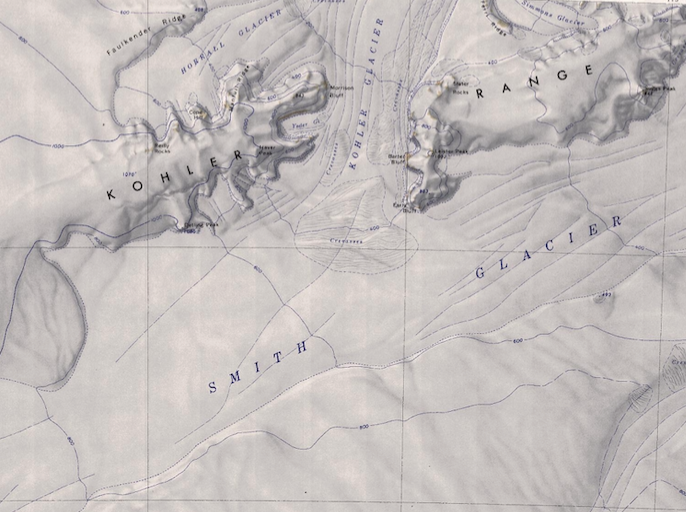 The range is about 64 km (40 mi) long and stands between the base of Martin Peninsula and Smith Glacier. The range is composed of two ice-covered plateaus which are oriented East-West and are separated by the Kohler Glacier, a distributary which flows north from Smith Glacier. Mount Wilbanks is located on the far northern edge of the mountains where it touches the Bear Peninsula.

The range was discovered on February 24, 1940 by Rear Admiral Richard Byrd and other members of the U.S. Antarctic Survey in an airplane flight from the USS Bear.

Byrd named the range after American manufacturer, and Governor of Wisconsin Walter J. Kohler, Jr., who helped finance the U.S. Navy's expedition to Antarctica and the seaplane from which the discovery was made.

On 1 October 2004, Joseph Day, who had been a member of Westarctica's nobility since the early days of the Achaean Territory, was granted the title Count of Kohler in recognition of his longstanding commitment to the government and his status as an advisor to the crown.