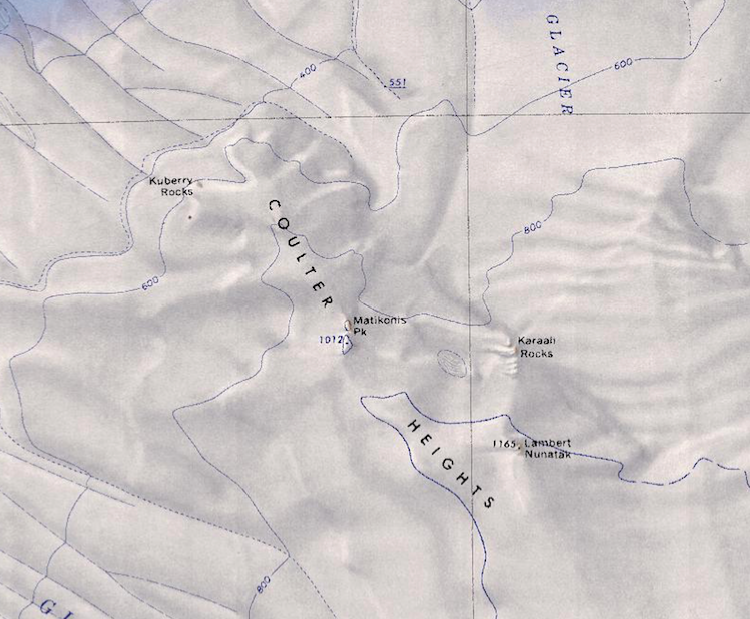 Map of the Coulter Heights showing the Karaali rocks to the east of the Heights.

The Karaali Rocks (75°22′S 137°55′W) are a small group of rocks along the east side of the mainly snow-covered Coulter Heights, 5 nautical miles (9 km) east of Matikonis Peak in Westarctica.

The rocks were mapped by the United States Geological Survey from surveys and U.S. Navy air photos, 1959–65. They were named by the Advisory Committee on Antarctic Names for Atok Karaali, an ionospheric physicist at Plateau Station in 1968.

On 16 August 2018, Krysia Heathcote (then Krysia Crofft), an Australian citizen of Westarctica, was granted a Life Peerage as Viscountess of Karaali in recognition of her support of the nation.