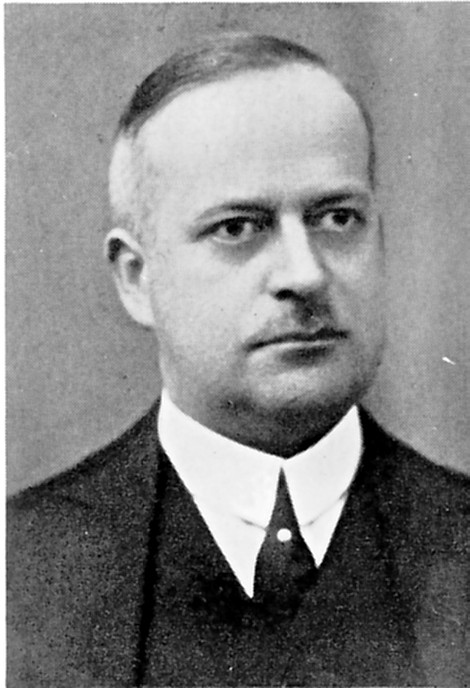 Lars Christensen (6 April 1884 – 10 December 1965) was a Norwegian shipowner and whaling magnate. He was also a philanthropist with a keen interest in the exploration of Antarctica.

Lars Christensen was born at Sandar in Vestfold, Norway. Born into a wealthy family, Christensen inherited his whaling fleet from his father, Christen Christensen. After completing middle school in 1899, he received training in Germany and at Newcastle followed by trade college in Kristiania (now Oslo). He started his career as a ship owner in 1906. He ventured into the whaling industry in 1909, and directed several companies, including Framnæs Mekaniske Værksted, AS Thor Dahl, AS Odd, AS Ørnen, AS Thorsholm and Bryde og Dahls Hvalfangstselskap.

Christensen was Danish consul in Sandefjord from 1909. In 1910 Lars Christensen had married Ingrid Dahl (1891–1976), daughter of wholesale merchant and ship owner Thor Dahl (1862–1920). He would later assume control of large part of his father's and his father-in-law's extensive businesses following their deaths during the 1920s.

Endurance, the ship that became famous after Sir Ernest Shackleton's failed Imperial Trans-Antarctic Expedition of 1914, was originally built for Christensen, who intended to use her for Arctic cruises for tourists to hunt polar bears. When this did not happen, Christensen sold the ship to Shackleton.

Christensen had a deep interest in Antarctica and its animal life. He was particularly interested in making geographical discoveries, and gave his captains wide latitude to do so. He financed several expeditions specifically devoted to the exploration of the Antarctic continent and its waters, and participated in some of these himself, even bringing his wife Ingrid with him in the 1936–1937 expedition. He was among the first to use aerial surveying with seaplanes to map the coast of East Antarctica, which he completed from the Weddell Sea to the Shackleton Ice Shelf, concentrating on Bouvet Island and the region from Enderby Land to Coats Land. From the seaplane brought on the 1936-1937 expedition, members took 2,200 aerial photographs, covering 6,250 km2. Mrs Christensen became the first woman to fly over the continent.

On 1 December 1927, as the leader of one of his financed expeditions, Christensen landed on and claimed the Bouvet Island (Bouvetøya) for Norway; it had previously been claimed by Great Britain, but the British soon abandoned their claim and recognized the island as Norwegian.

During World War II, Christensen was Counsellor of Finance at The Royal Norwegian Embassy in Washington, DC and a member of the Nortraship Council. After the War, the Thor Dahl Group, under the leadership of Christensen, regained its position as one of the leaders in the industry. The business also gained an increasing number of other shipping companies, both tankers and liner shipping.

Christensen was awarded a honorary doctorate at St. Olaf College.