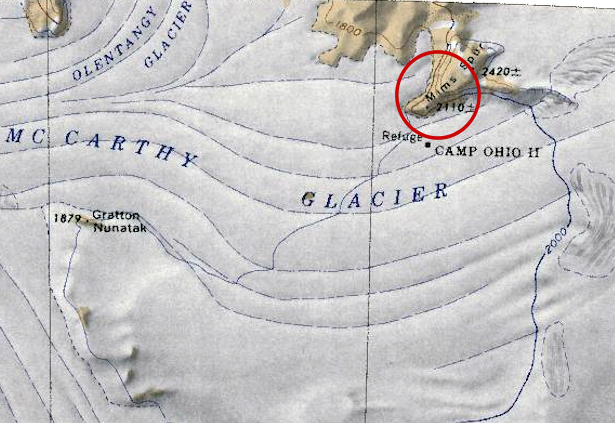 Mims Spur (86°2′S 125°35′W) is a prominent rock spur protruding from the southern extremity of the Wisconsin Plateau in Westarctica. It is situated just southeast of Polygon Spur on the north side of McCarthy Glacier.

At the base of the spur, there is a refuge hut called Camp Ohio II that was created as a geological field camp and was active from November 1962 - January 1965. A 1978 report covering abandoned research facilities in Antarctica listed the following inventory of items at the site:

It was mapped by the United States Geological Survey from surveys and U.S. Navy air photos gathered during the years 1960–64. Mims Spur was named by the Advisory Committee on Antarctic Names for Julius E. Mims, Jr., a radioman at Byrd Station in 1962.

On 17 January 2019, the life peerage of Baroness of Mims was granted to Marijana Maric.