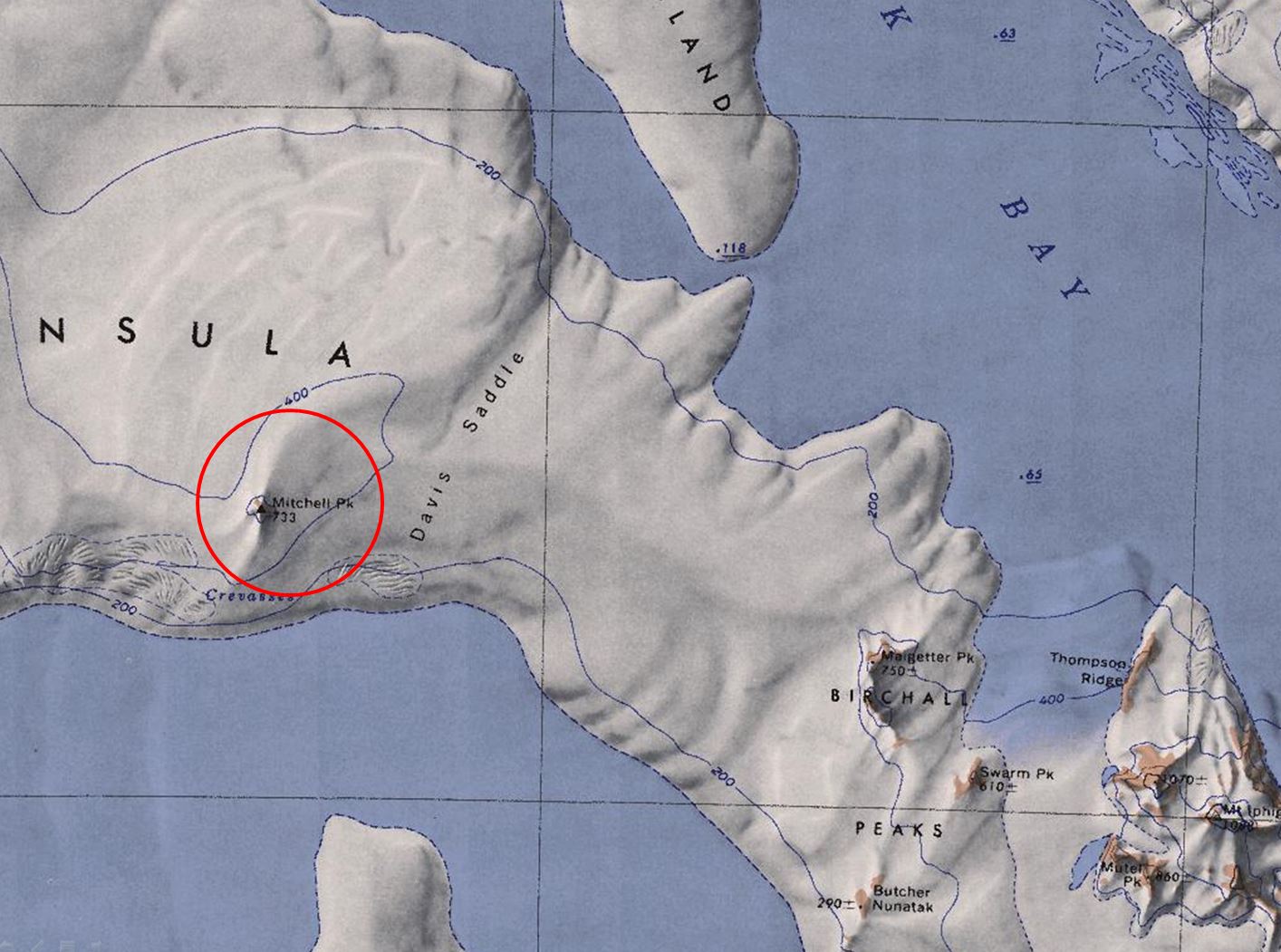 Map of the Guest Peninsula with Mitchell Peak highlighted in red

It was sighted by Rear Admiral Richard E. Byrd on December 5, 1929, while on an airplane flight over this coast, and was named by Byrd for Hugh C. Mitchell, a mathematician of the U.S. Coast and Geodetic Survey, and a member of the National Geographic Society committee of experts which determined that Byrd reached both the North Pole and the South Pole by airplane in 1926 and 1929, respectively.

As part of the 20th Anniversary Honors and Appointments celebrating Westarctica's 20 years of sovereignty, Baron Stogner, who had previous held his title from the defunct Kingdom of Vikesland was granted the peerage title Baron Mitchell.