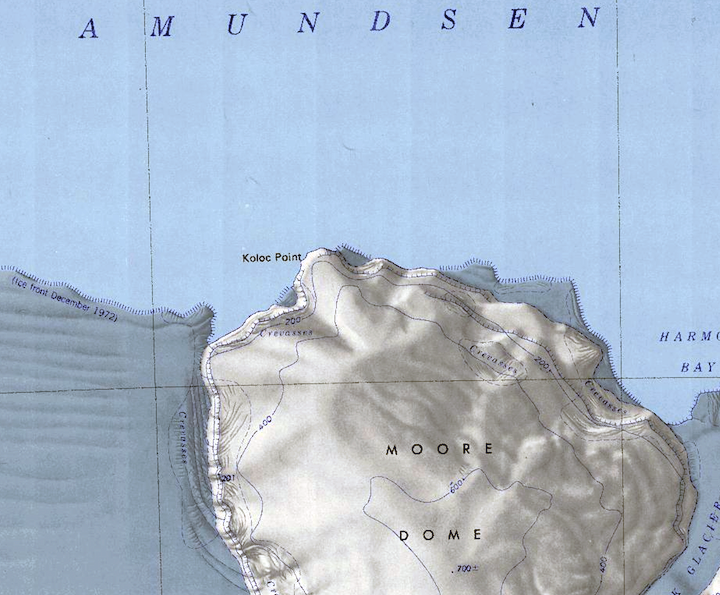 Moore Dome (74°20′S 111°20′W) is an ice dome, circular in plan and 15 nautical miles (28 km) in extent, rising to 700 meters (2,300 ft) and forming the northwest portion of the Bear Peninsula, along Westarctica's Walgreen Coast. Koloc Point is at the northern extremity of the coast of the dome.

Moore Dome was mapped by the United States Geological Survey from aerial photographs taken by U.S. Navy Operation Highjump in 1947 and the U.S. Navy in 1966. It was named by the Advisory Committee on Antarctic Names in 1977 after Captain Robert G. Moore, USCG, Commanding Officer of USCGC Burton Island. The Burton Island conducted operations in the Ross Sea, Pine Island Bay, and along the Antarctic Peninsula during the 1974–75 season.

On 25 September 2015, the peerage title Count of Moore was bestowed upon Italian-Westarctican citizen Vicente Bicudo de Castro in recognition of his support of the nation and its goals.