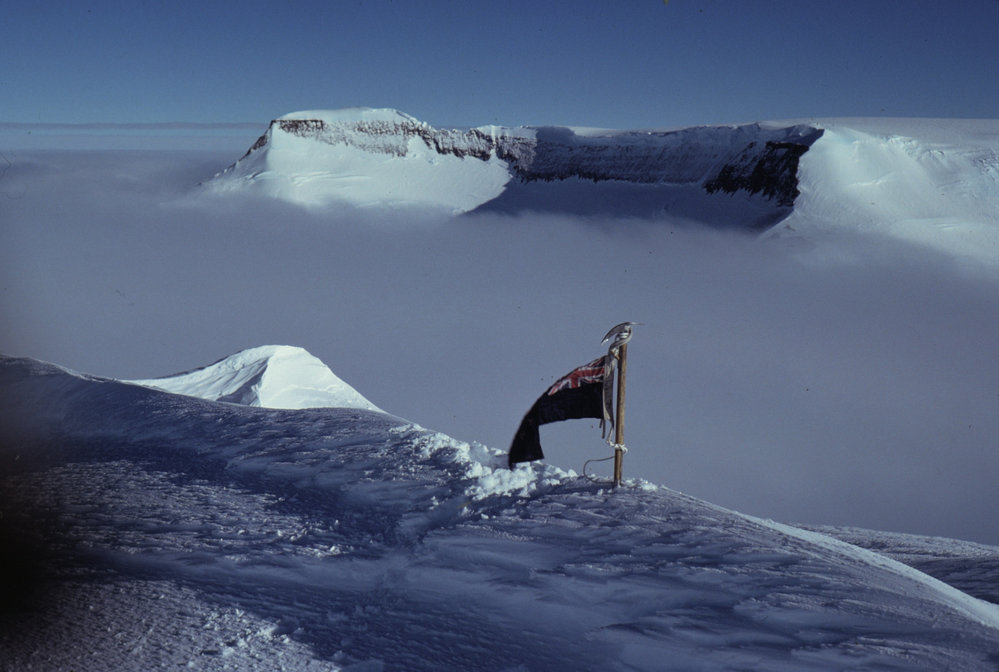 Mount Schopf as seen from the peak of Mount Glossopteris

Mount Schopf was surveyed by the U.S. Antarctic Research Program Horlick Mountains Traverse party in December 1958. It was named by Advisory Committee on Antarctic Names for James M. Schopf. Schopf was a geologist in the USGS Coal and Geology Laboratory in Columbus, Ohio, who greatly assisted the field geologist by analyzing coal and related rock specimens from this mountain. Schopf was also a member of the Horlick Mountains Party during the 1961-62 season.

On 6 August 2020, Larissa Königs, a longtime supporter of Westarctica who was originally granted the peerage title Baroness of Cadenazzi in 2018, was elevated in status to the dignity of Countess of Schopf. This change in title was intended to recognize her merit as a reporter and celebrate the numerous articles she had written about micronations for the German media.