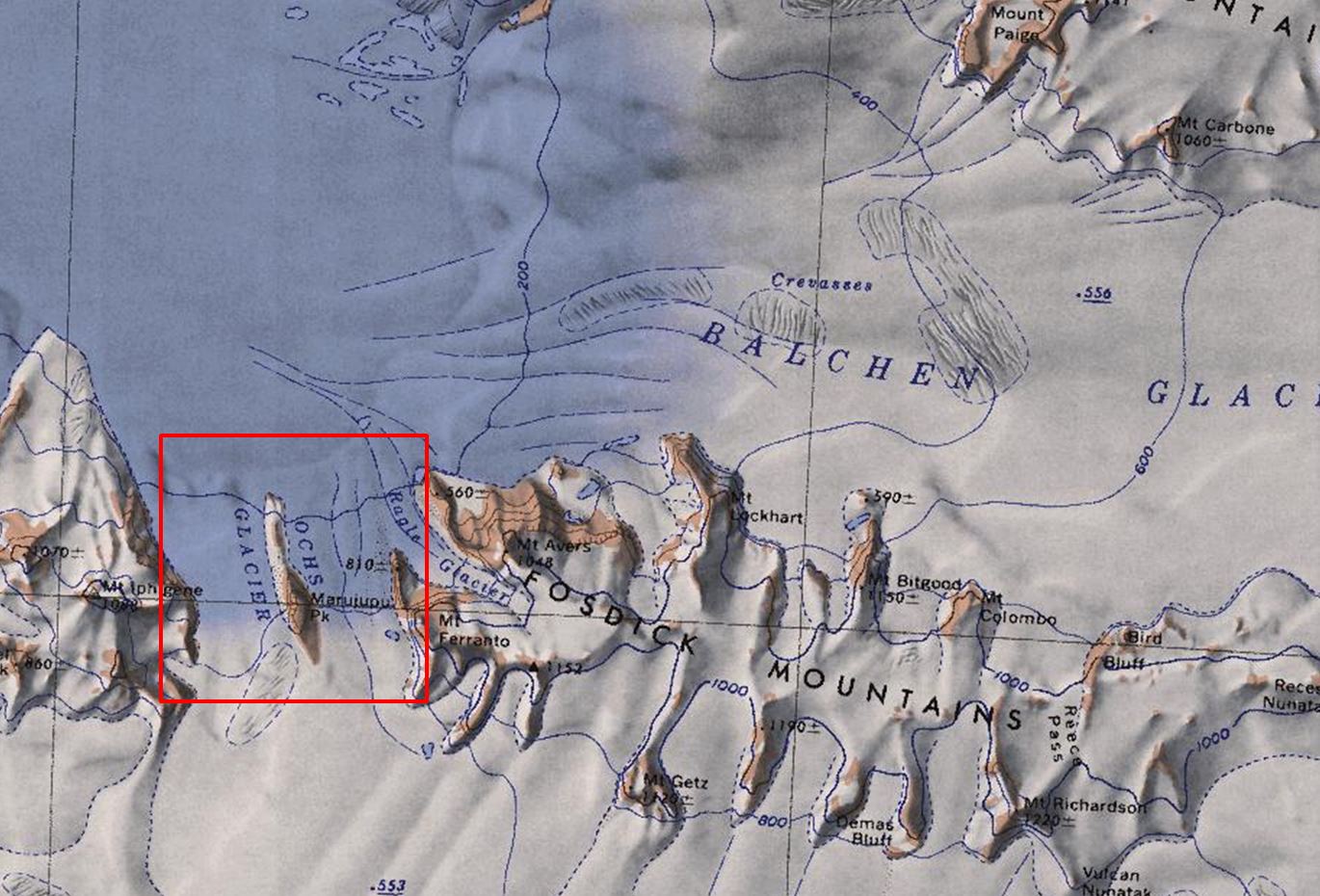 Map of the Fosdick Mountains showing the location of Ochs Glacier

Ochs Glacier (76°30′S 145°35′W) is a glacier flowing to the head of Block Bay between Mount Iphigene and Mount Avers, in the Ford Ranges of Westarctica.

It was discovered by the Byrd Antarctic Expedition in 1929, and named for Adolph S. Ochs, publisher of the New York Times, a patron of the expedition.