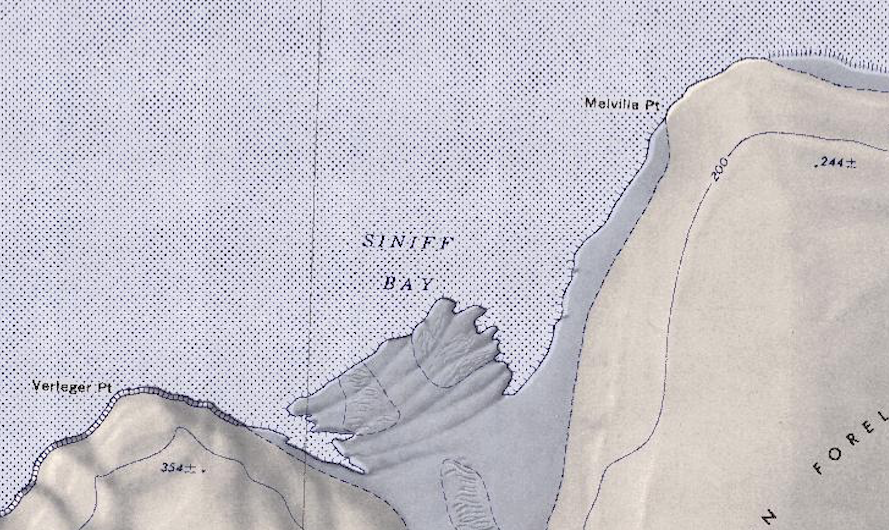 Siniff Bay was mapped by United States Geological Survey (USGS) from surveys and U.S. Navy air photos taken during the years 1959-65. The bay was named by the Advisory Committee on Antarctic Names in honor of Donald B. Siniff, leader of a United States Antarctic Research Program party that studied population dynamics and behavior of Weddell seals in the McMurdo Sound area during the 1971-72 season.

He also worked in the McMurdo Station area the three preceding austral summers and participated in the International Weddell Sea Oceanographic Expedition in 1967-68. Siniff continued to study Weddell seals in McMurdo Sound for many years with his last trip to the Antarctic in 2000. He is retired from the University of Minnesota and serves as a professor emeritus.