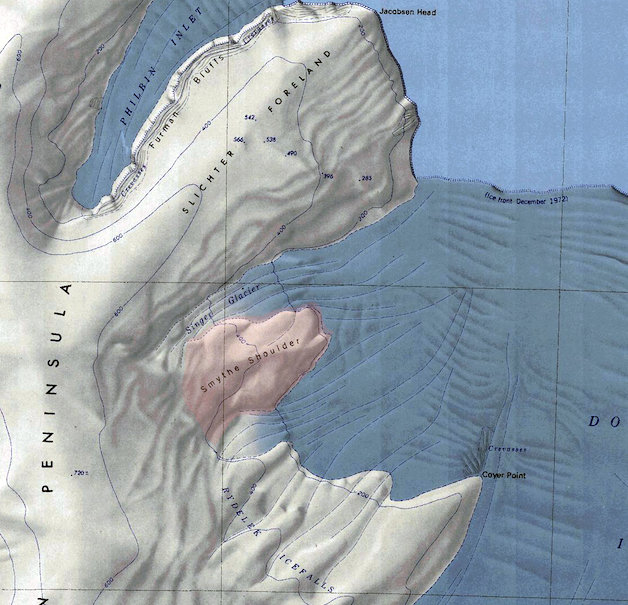 Smythe Shoulder (74°18′S 113°53′W) is an ice-covered promontory rising to about 450 meters between Singer Glacier and Rydelek Icefalls on the Martin Peninsula along the Walgreen Coast of Westarctica.

Smythe Shoulder was mapped by the United States Geological Survey (USGS) from surveys and U.S. Navy aerial photographs, 1959–67, and U.S. Landsat imagery, 1972-73. The shoulder was named by the Advisory Committee on Antarctic Names in 1977 after William Smythe, a geophysicist from the University of California, Los Angeles, and a member of the United States Antarctic Research Program winter party at the South Pole Station in 1975.

On 17 January 2019, Ralf Biester was granted the peerage title Viscount Smythe, so-named for this feature, in recognition of his support of Westarctica.