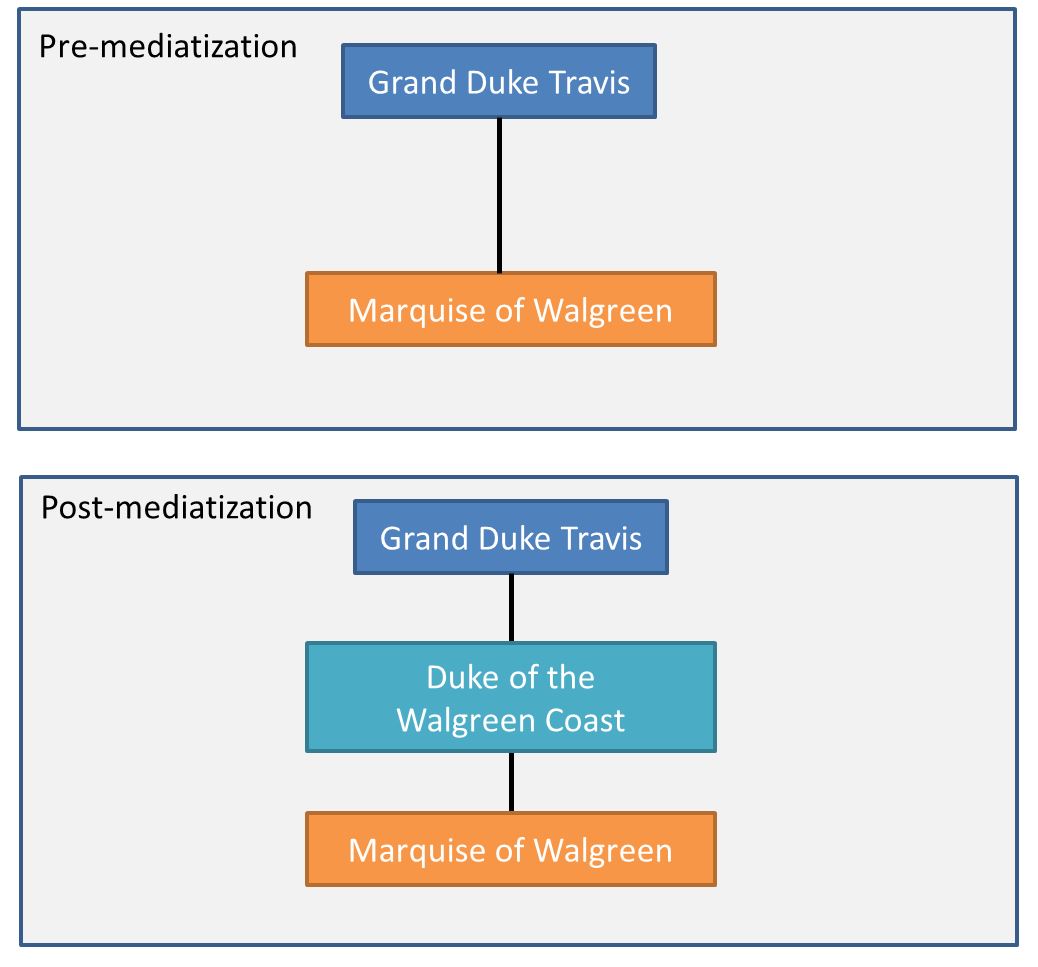 Diagram explaining the mediatization process as applied in Westarctica

In politics and law, mediatization ( /miːdiətaɪˈzeɪʃən/) is the loss of immediacy, where immediacy refers to the status of a Hereditary Noble who is subject "immediately" to the sovereign of the nation. In a feudal context, mediatization is the introduction of an intervening level of authority between a reigning lord and his vassal so that the former is no longer the immediate lord of the latter, but rather his lordship is "mediated" by another.

German origin of the term

Although the process had been going on since the Middle Ages, the term "mediatization" was originally applied to the reorganization of the German states during the early 19th century. In this case, many states that were ruled by vassals immediate to the Holy Roman Emperor became instead vassals of other immediate states. The total number of states immediately subject to the emperor decreased from about three hundred to about thirty.

The legal basis for mediatization was the Reichsdeputationshauptschluss of 1803, which had become necessary under pressure from France. The Treaty of the Confederation of the Rhine of 1806 continued the process of mediatization. The constitution of the German Confederation of 1815 confirmed the mediatization, but preserved certain rights for the mediatized princes within their former realms, now ranked as state countries, such as first instance jurisdiction, supervision of religion and foundations.

When noble titles were first created in Westarctica, they were granted with the intention that those nobles would parcel out lower-ranking titles to other nobles who would then serve beneath them. In practice, however, this almost never occurred.

In late 2017, several additional titles were subject to mediatization including the Viscounty of Siple and the Marquisate of Walgreen. This was done out of administrative and political convenience to the central government.