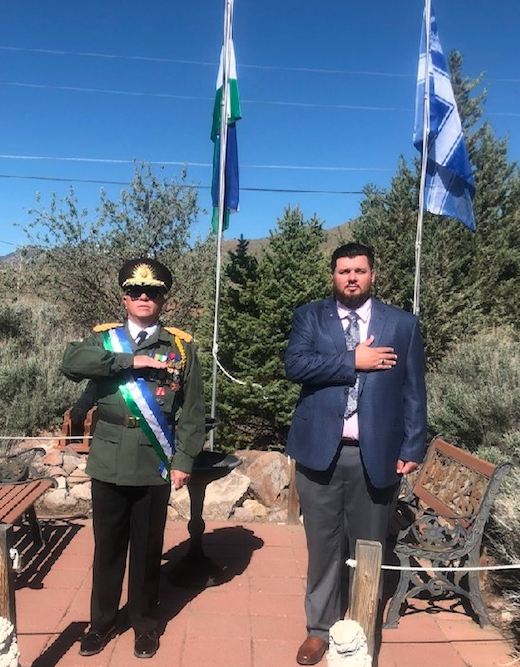 It was the 12th formal diplomatic interaction between the two nations and the first that was not conducted by Grand Duke Travis. This was also the first diplomatic visit by Jordan Farmer, in his capacity as Prime Minister of Westarctica.

On 27 April 2019, the Republic of Molossia opened its borders its first tour group of the year. As a result, the Prime Minister, Jordan Farmer, took this opportunity to pay a diplomatic visit to Molossia's home territory.

As is customary for diplomats visiting Molossia, the event began with a short ceremony in Republic Square, which consisted of raising the flags of both nations. This was followed by the playing of both national anthems and an exchange of gifts. President Baugh bestowed the Molossian Friendship Medal upon the Prime Minister, while the Prime Minister gave the President of of the newly minted challenge coins for his office. The President of Molossia was also presented a bottle of prickly pear mead from Superstition Meadery, on behalf of the Westarctican people.

After the ceremony, the Prime Minster joined the visiting tour group for a tour of the nation, seeing all the sights of Molossia, including Red Square, Norton Park, and the Molossia Railroad. As Westarctica is referenced several times within the scope of the standard tour, Jordan was asked to give brief insight on a few occasions.