President Kevin Baugh is a Molossian politician and popular micronationalist. 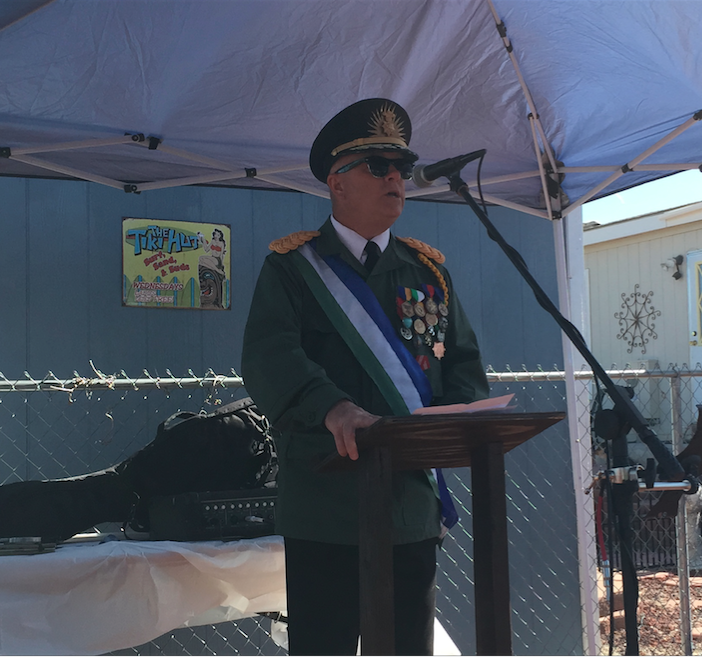 His Excellency is the leader of the Molossian nation, and of the Molossian People. The welfare of all the nation's citizens is his foremost concern. President Baugh does not consider this considerable responsibility a burden, but an honor, and he seeks every opportunity to interact with the people, and learn their concerns, hopes and dreams.

President Baugh was first and foremost a military man, having spent much of his adult life in the service of the Molossian Navy. Now, as he leads his nation as its President, His Excellency's military background serves him well, leading, guiding and directing the path of Molossian government and the future of the country itself.

The President maintains friendly relations with many famous international personalities, from entertainment, political and business world. Establishing ties such as these helps gives Molossia a greater status among the world of nations. An active man, Baugh spends as much time as possible in the great outdoors. He enjoys spending time hiking and camping with the First Family in Molossia's beautiful and rugged wilderness.

On 10 September 2011, President Baugh was married to his lovely First Lady, Madame Adrianne Baugh. Mme. Adrianne Baugh has been an integral part of Molossian life, serving in several government posts as well as muse and constant companion to the President.

His Excellency President Grand Admiral Colonel Doctor Kevin Baugh, President of Molossia, Protector of the Nation and Guardian of the People, President of the Republic, Head of State and Head of Government, Minister of Foreign Affairs, Minister of War and of the Navy, and Minister of Pretty Much Everything Else.