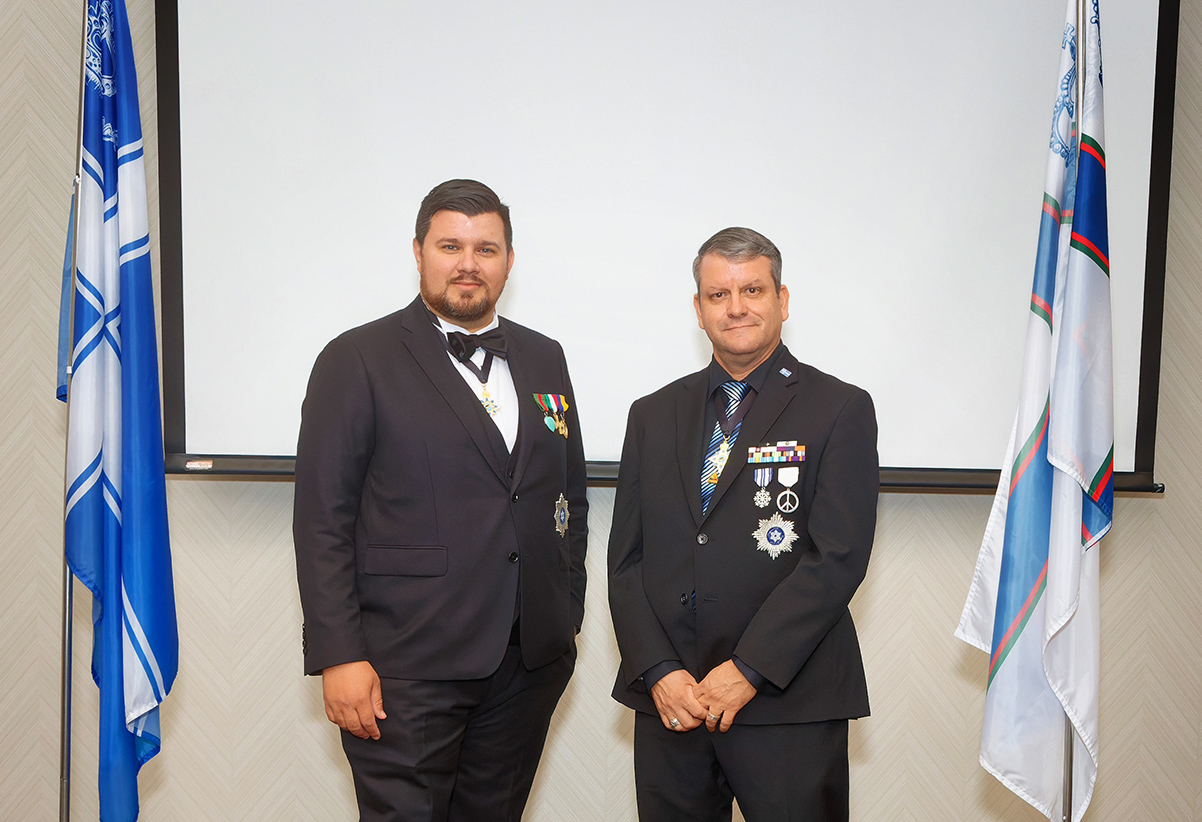 The Duke of the Bear Peninsula and the Duke of Waesche, the first two individuals to serve as Prime Minister of Westarctica

History of the Head of Government

Throughout Westarctica's history, the Grand Duke of Westarctica has always served as dual Head of State and Head of Government and traditionally held sole power to create / alter / abolish laws in the nation. The Grand Ducal Mandate gave the Baronage the right to suggest laws, but no power to actually bring those laws into existence.

In May 2010 Wolf Tulier, Westarctica's Minister of Defense, approached the founder of Westarctica, Travis McHenry, and asked him to return to the throne to recapture some of Westarctica's lost prestige. Before agreeing to participate in the coup to overthrow Grand Duke Jon-Lawrence, Travis stated that he would only take action if Wolf agreed to handle the day-to-day running of the government as Prime Minister.

After the successful coup, Wolf became Westarctica's first Prime Minister and handled all government activities aside from the official website, which Travis continued to maintain.

From 2010 - 2014, Wolf continued to serve as the primary point of contact for anyone wishing to have dealings with Westarctica. He also signed treaties on behalf of the nation and had authority to pass laws and engage in diplomacy with other nations. 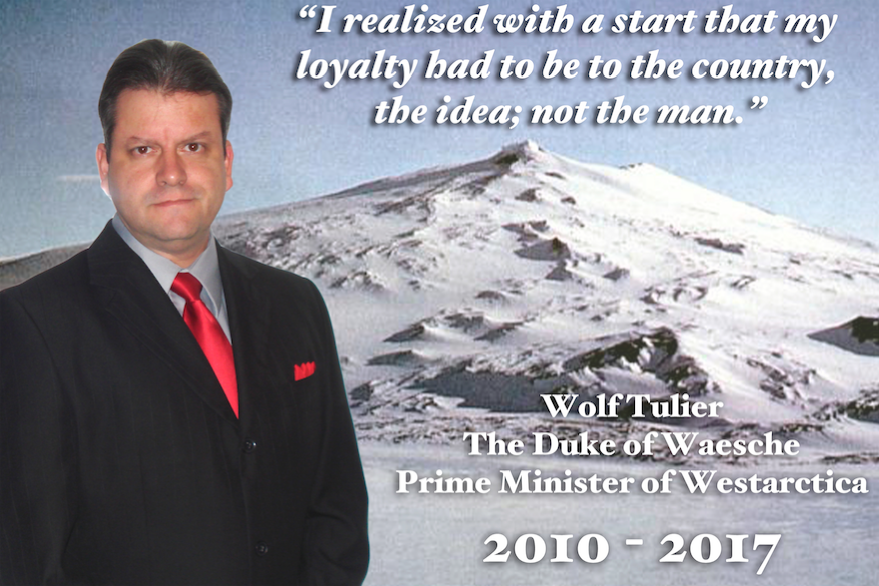 In September 2012, Travis altered his title from "Protector of Westarctica" to Grand Duke of Westarctica and slowly began to increase his activities as a leader of the nation. Two years later, in December 2014, he moved to assume complete authority over the national government. The Prime Minster's position was gradually reduced to an advisory position, although he was still consulted on international affairs and continued to represent Westarctica as a delegate in the Antarctic Micronational Union.

By late 2016, Grand Duke Travis began to seek out a new Prime Minister who might take a more active role in the administration of the government. Several potential candidates were vetted, but the front runner was Erik White, the Baron of Forrester. The Grand Duke and Wolf came to an agreement that he would step down and hand over the office to his successor. However, days before the transfer of office was to occur, the Baron of Forrester had an altercation with the representatives of a close ally of Westarctica. Rather than risk damaging the diplomatic relations between the two countries, the Baron of Forrester chose to remove himself from consideration.

Wolf was invited to remain in the office for several more months, but as time wore on and no suitable replacement was found, he stepped down from power on 23 May 2017. He resumed his duties as Minister of Defense and the position of Prime Minister became vacant.

Starting in 2017, Grand Duke Travis openly speculated that he would like to have the citizens of Westarctica vote for the next Prime Minister. If voting were to occur, it would be the first time in Westarctica's history that any form of political expression was permitted. The Minister of Blockchain indicated that creating a secure voting system for government elections would be a simple and straightforward process using blockchain technology.

On 5 December 2018, the Grand Duke wrote a Crown memo for members of the Royal Council outlining his proposal to hold a national election to decide who would be the next Prime Minister. Shortly after, on 18 December, the Baron of Abele was appointed Commissioner of Elections to serve as the impartial manager of Westarctica's electoral process.

The first election for Prime Minister was held from 8-10 February 2019. Jordan Farmer was elected to a four year term. In early 2022, Farmer announced he would not be seeking reelection. His successor will be decided by the 2023 election which will be held in February of that year.

The role of Deputy Prime Minister was outlined in the Constitution of Westarctica as an administrator who is designated to assume the office of Prime Minister in the event of incapacitation or resignation of the incumbent. The first Deputy Prime Minister, Sir Brendan Cook, Baronet of Woodwin, was appointed with the approval of the Grand Ducal Court on 15 March 2021.