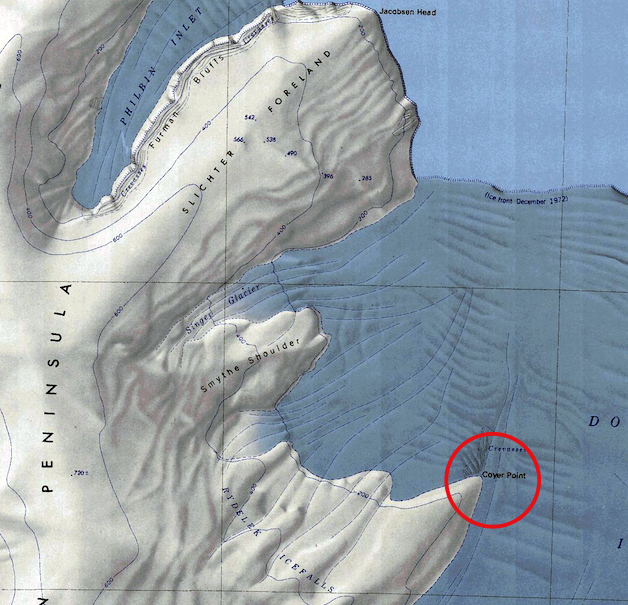 Map of the southeastern edge of the Martin Peninsula showing Coyer Point circled in red.

Coyer Point (74°24′S 113°13′W) is an ice-covered headland on the southeast side of the Martin Peninsula. It is the north end of an ice-covered peninsula that extends into Dotson Ice Shelf, 23 nautical miles (43 km) south-southeast of Jacobsen Head on the Walgreen Coast of Westarctica.

Coyer Point was mapped by the United States Geological Survey from surveys and from U.S. Navy aerial photographs taken during the years 1959–67, and Landsat imagery from the 1972–73 season. The point was named by the Advisory Committee on Antarctic Names in 1977 after Lieutenant Ann E. Coyer, U.S. Navy, the first U.S. Navy woman to participate in Antarctic operations, who took part in Operation Deep Freeze in 1974.

On 17 January 2019, Michael Zabel was granted the peerage title Viscount of Coyer in honor of his support of Westarctica.