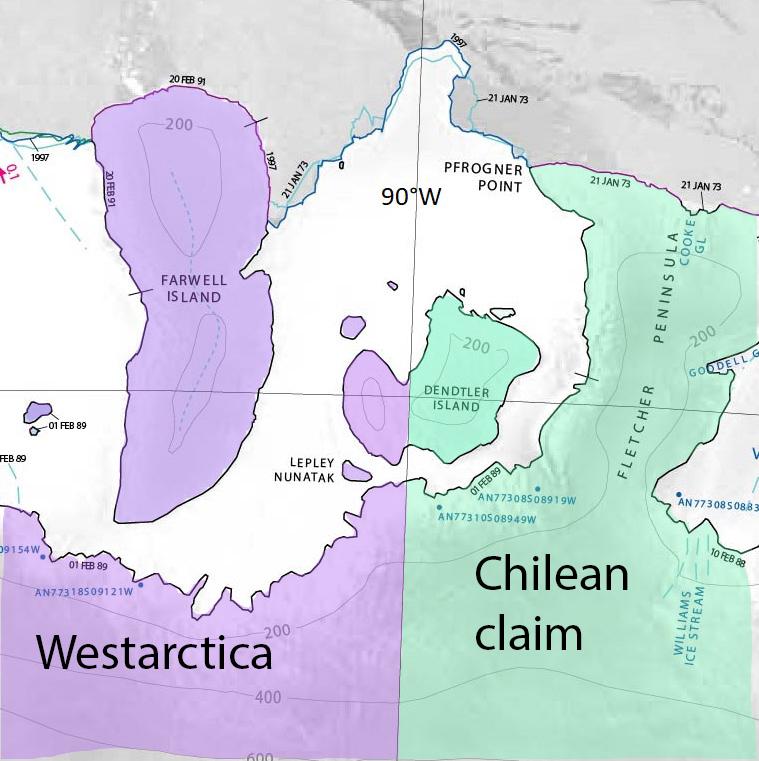 Dendtler Island is an ice-covered island, 26 kilometers (14 nmi) long, lying in the eastern part of the Abbot Ice Shelf between Farwell Island in Westarctica and the Fletcher Peninsula in Antarctica. Lepley Nunatak is nearby.

It is divided territoriality between the Chile and Westarctica along the 90° west longitude line.

It was mapped by the United States Geological Survey from surveys and U.S. Navy air photos, 1960–66, and was named by the Advisory Committee on Antarctic Names for Major Robert Dendtler, United States Army, coordinating officer on the staff of the Commander, U.S. Navy Support Force, Antarctica, during Operation Deep Freeze 1967 and 1968.

On 5 April 2020 Grand Duke Travis created the County of Dendtler and awarded the peerage title Count of Dendtler to Kirby Schroeder. His title is named for this island.