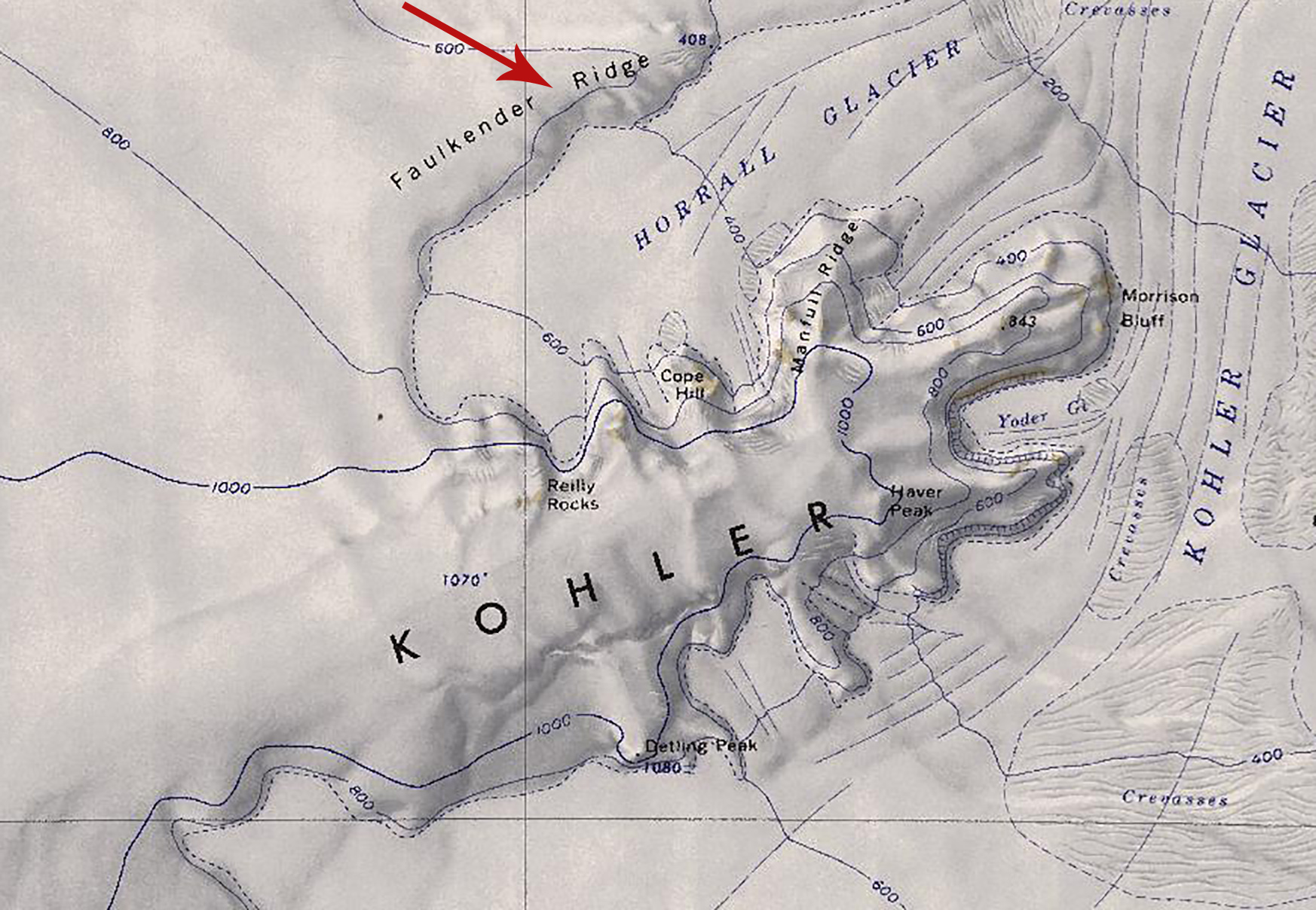 Faulkender Ridge (75°2′S 115°0′W) is an ice-covered ridge about 12 nautical miles (22 km) long, located west of Horrall Glacier in the northwest part of the Kohler Range of Westarctica.

The ridge was mapped by the United States Geological Survey from ground surveys and U.S. Navy air photos collected during the years 1959–65. Faulkender Ridge was named by the Advisory Committee on Antarctic Names in honor of DeWayne J. Faulkender, a USGS topographic engineer who served with the Marie Byrd Land Survey party during the 1966–67 research season.

On 15 November 2020, James Stoshak was granted the peerage title Count of Faulkender in recognition of his support of Westarctica's mission and goals. His title is derived from Faulkender Ridge.