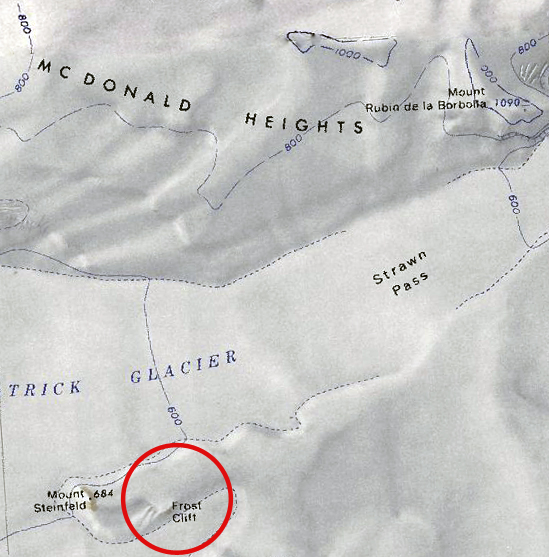 Frost Cliff (75°13′S 135°43′W) is a steep, partly ice-covered cliff 2 nautical miles (4 km) east of Mount Steinfeld, on the south side of the divide between the upper reaches of Hull Glacier and Kirkpatrick Glacier near Strawn Pass in Westarctica.

It was mapped by the United States Geological Survey from surveys and U.S. Navy air photos, 1959–65. Frost Cliff was named by the Advisory Committee on Antarctic Names for Commander William L. Frost, U.S. Navy, Officer-in-Charge of Antarctic Support Activities at McMurdo Station in 1970.

On 17 January 2019, Björn Schönbeck of Luxembourg was granted the peerage title Viscount Frost in recognition of his support of Westarctica.