The Grand Republic of Cycoldia, (pronounced /sikoʊldiə/), commonly known as Cycoldia is a micronation located in Houston, Texas.

The Grand Republic was founded on 6 November 2018, under the name "Republic of Cycoldia."

A month later, on 11 December, the then incumbent Chief of the Armed Forces was found to be plotting to overthrow the government, agreeing to a rank reduction to recruit before then being discharged after it was found that they had continued planning such coup, then pleading guilty to a sentence of three years of exile.

On 25 August 2019, Summi Imperatoria Christina I declared that she would be temporarily handing over the government to the recently announced Regent. The Summi Imperatoria did continue to act in the nation, as she suspended the requests for citizenship and interacted with the citizens. Although she did this she still had continued to stay away from acting on foreign diplomacy and foreign interactions, differing to the Regent for those. The shutdown ended up lasting 3 days, with the Summi Imperatoria enacting that the government would be active and operational. The Regent kept their position and the (at the time) Prime Minister had become more interactive to the government and the features of aiding the citizens.

During the year of 2020 Cycoldia expanded, becoming more involved in the MicroWiki Sector and having more involvement with micronations outside of the sector as well, such as Dracul. Christina I as well interacted with more in person meetings, such as one with Stephen Luke, Shiro, and Charles von Graustark. 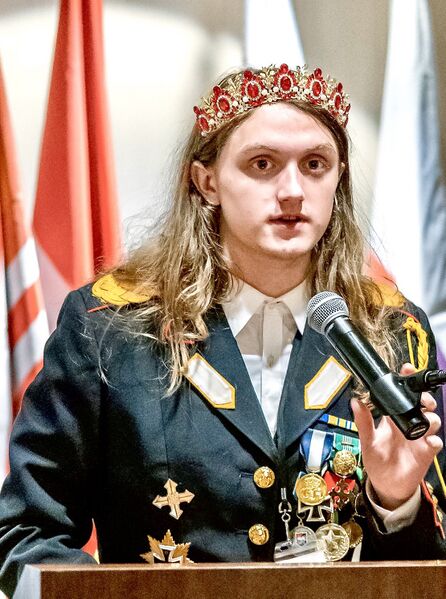 The CSDF also is the official police department of the Cycoldian government. It is also a piece of the government according to the Constitution of the Grand Republic of Cycoldia.

Cycoldia has been quite diplomatically focused in its history, with the Foreign Office managing most affairs diplomatically. The Foreign Minister is the primary official to manage any issue of diplomacy, though at times the Summi Imperatoria may intervene. The current Foreign Minister is Arthur Lacey-Scott. While policies have differed on the entry of diplomats, the position of a border officer (BO) has continued. The sole incident that has occurred on diplomatic entry have been some issues of misuse of it, though it is a rare occurrence.