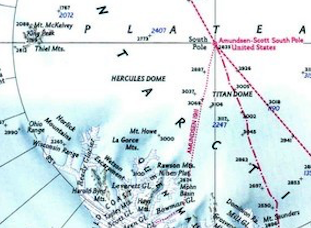 The Hercules Dome (86°S 105°W) is a large ice dome between the Thiel Mountains and the Horlick Mountains in the extreme southern wedge of Westarctica, very near the South Pole.

The feature was first mapped by the United States Geological Survey from U.S. Navy aerial photographs taken 1959–60. It was further delineated by the Scott Polar Research Institute – National Science Foundation – Technical University of Denmark airborne aerial radio echo sounding program, 1967–79, and named after the Lockheed LC-130 Hercules aircraft which was used on all echo sounding flights from 1969.

The Hercules Dome provided the name of the noble title given to the Consular-Consort of the Achaean Territory of Antarctica. She was the first royal consort of any Westarctican monarch. 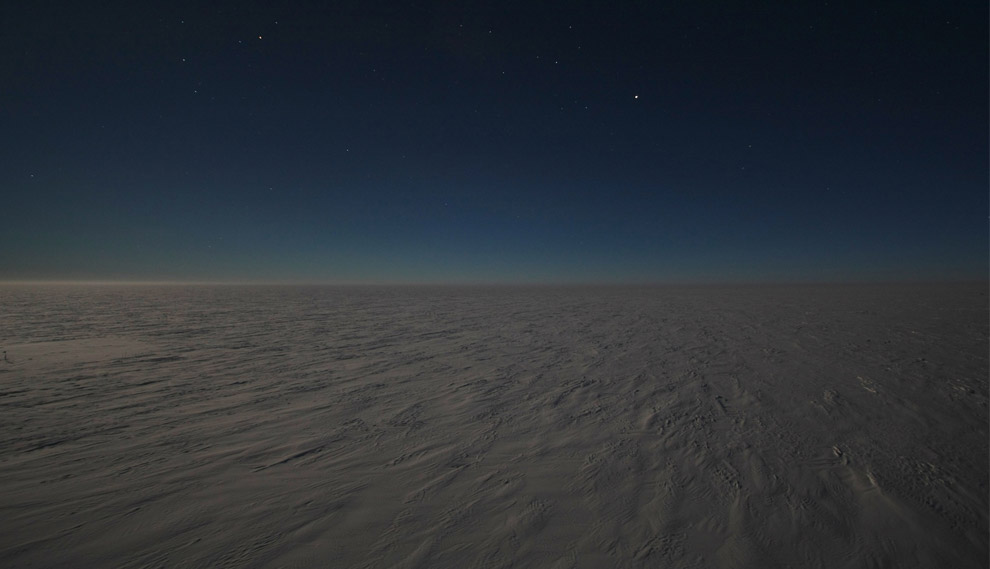 Polar Plateau in the darkness of the Antarctic night
Retrieved from "https://www.westarctica.wiki/index.php?title=Hercules_Dome&oldid=11396"
Category: