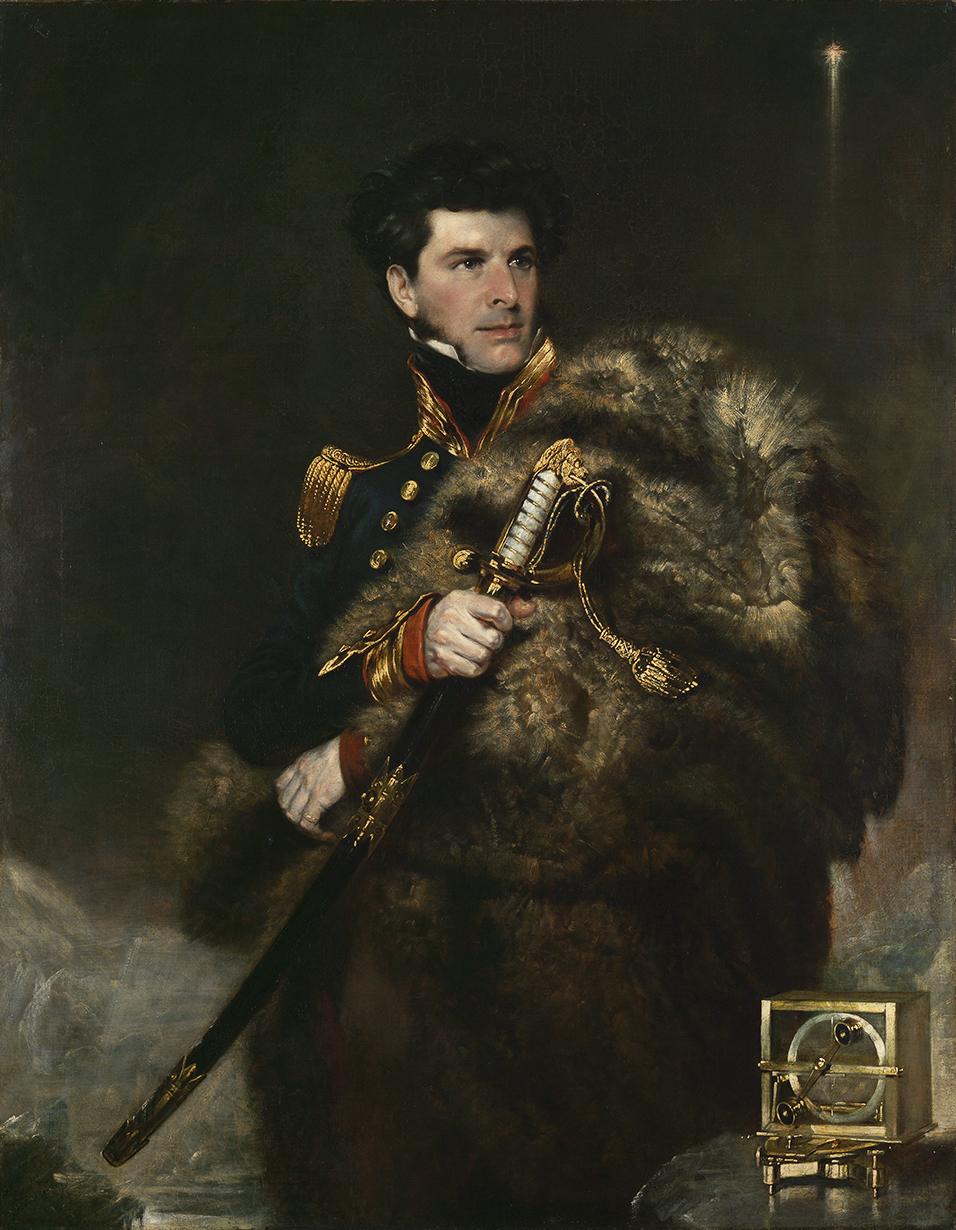 James Clark Ross (15 April 1800 – 3 April 1862) was a British explorer of the Antarctic who, between 1839 and 1843, commanded an Antarctic expedition comprising the vessels HMS Erebus and HMS Terror; he charted much of the coastline of the continent.

Ross was born in London, the nephew of Sir John Ross, under whom he entered the navy in 1812, accompanying him on Sir John's first Arctic voyage in search of a Northwest Passage in 1818. Between 1819 and 1827, Ross took part in four Arctic expeditions under Sir William Parry, and in 1829 to 1833, again served under his uncle on Sir John's second Arctic voyage. It was during this trip that a small party led by James Ross (including Thomas Abernethy) located the position of the North Magnetic Pole on 1 June 1831 on the Boothia Peninsula in the far north of Canada. It was on this trip, too, that Ross charted the Beaufort Islands, later renamed Clarence Islands by his uncle.

Between 1839 and 1843, Ross commanded HMS Erebus on his own Antarctic expedition and charted much of the continent's coastline. Captain Francis Crozier was second-in-command of the expedition, commanding HMS Terror. Support for the expedition had been arranged by Francis Beaufort, hydrographer of the Navy and a member of several scientific societies. On the expedition was Joseph Dalton Hooker, who had been invited along as assistant ship's surgeon. Erebus and Terror were bomb vessels—an unusual type of warship named after the mortar bombs they were designed to fire and constructed with extremely strong hulls, to withstand the recoil of the mortars, which were to prove of great value in thick ice.

In 1841, James Ross discovered the Ross Sea, Victoria Land, and the volcanoes Mount Erebus and Mount Terror, which were named for the expedition's vessels. They sailed for 250 nautical miles (460 km) along the edge of the low, flat-topped ice shelf they called variously the Barrier or the Great Ice Barrier, later named the Ross Ice Shelf in his honor. The following year, he attempted to penetrate south at about 55° W, and explored the eastern side of what is now known as James Ross Island, discovering and naming Snow Hill Island and Seymour Island. Ross reported that Admiralty Sound (which he named Admiralty Inlet) appeared to him to have been blocked by glaciers at its southern end. Ross's ships arrived back in England on 4 September 1843. He was awarded the Grande Médaille d'Or des Explorations in 1843, knighted in 1844, and elected to the Royal Society in 1848.

He was married to Lady Ann Coulman. He died at Aylesbury in 1862, five years after his wife. A blue plaque marks Ross's home in Eliot Place, Blackheath, London. His closest friend was Francis Crozier, with whom he sailed many times.

He also lived in the ancient House of the Abbots of St. Albans in Buckinghamshire. He is buried with his wife in the local churchyard of St. James the Great, Aston Abbotts. In the gardens of the Abbey there is a lake with two islands, named after the ships Terror and Erebus.

The Ross Dependency, Ross Island, Ross Ice Shelf and Ross Sea are all named for him.