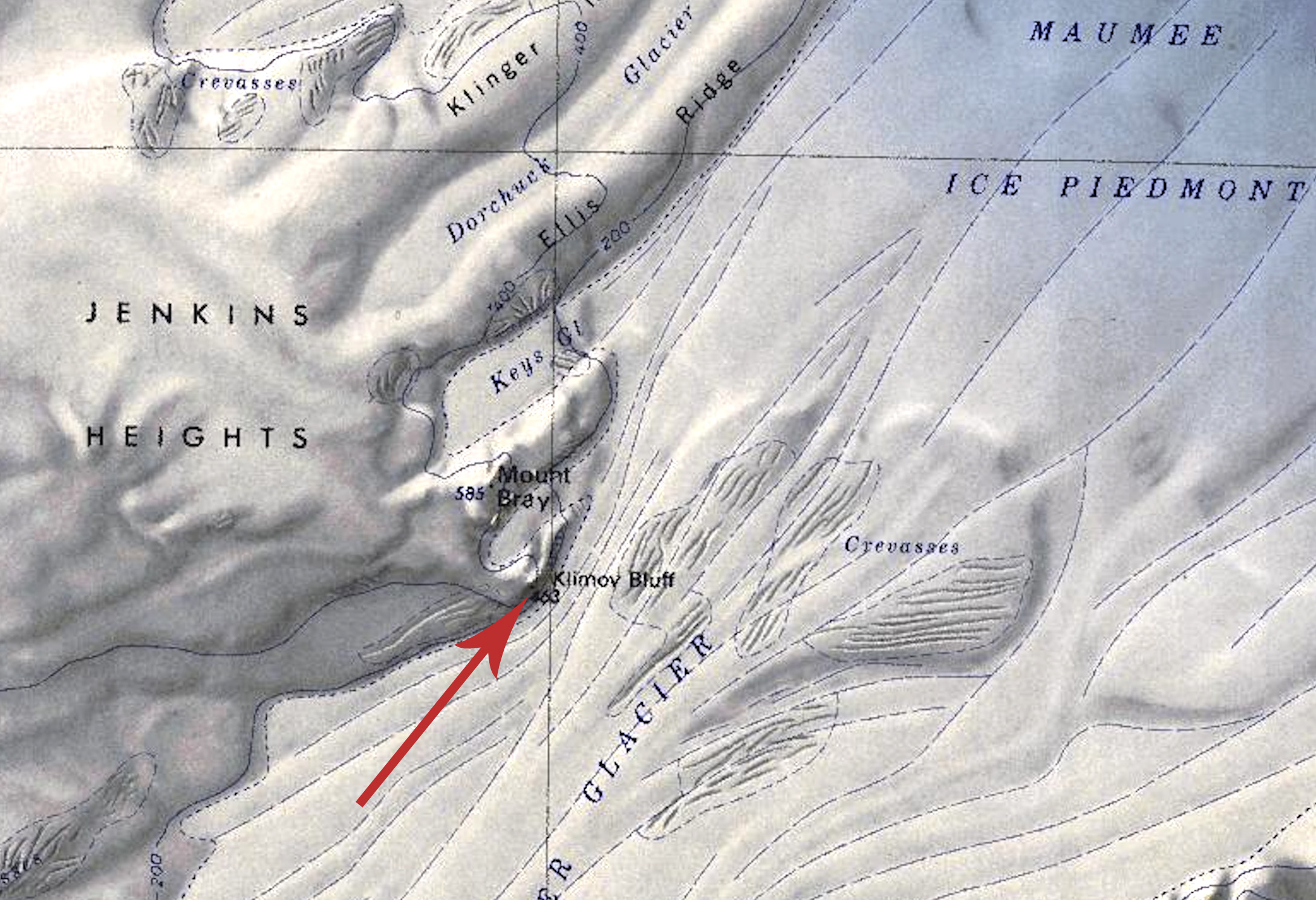 The bluff was mapped by the United States Geological Survey using surveys and U.S. Navy air photos taken during the years 1959–66. Klimov Bluff was named by the Advisory Committee on Antarctic Names after Lev V. Klimov, a Soviet exchange scientist who wintered over at McMurdo Station in 1966. He accompanied the United States Antarctic Research Program Marie Byrd Land Survey party throughout the 1966–67 research season. The American scientists on the expedition stated: "valuable exchanges of ideas on geological questions resulted from his presence."

On 7 April 2020 Ian Edmonston was granted the peerage title Count of Klimov in recognition of his support of Westarctica.