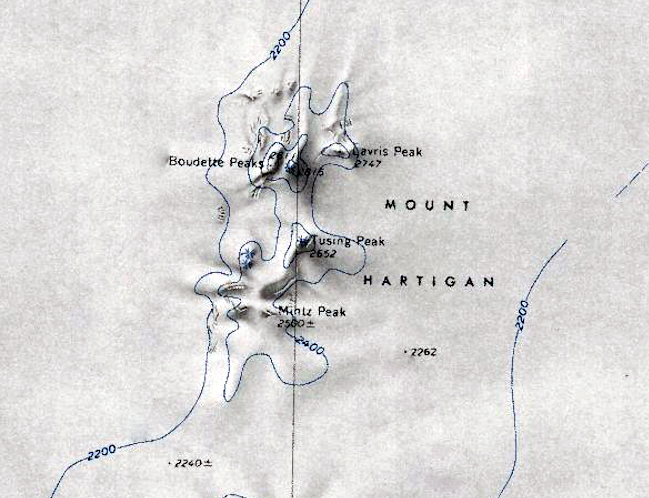 USGS map of Mount Hartigan in the Executive Committee Range

Lavris Peak was mapped by the United States Geological Survey from surveys and U.S. Navy trimetrogon photography, 1958–60. The peak was named by the Advisory Committee on Antarctic Names for William C. Lavris, a Meteorological Technician at Byrd Station in 1959.

On 17 January 2019, Dennis Schumann was granted the peerage title Baron of Larvis in recognition of his support of Westarctica.