A marquis (female marquise) is a title held by certain members of the Peerage of Westarctica. In the order of precedence, the rank of marquis falls directly below that of duke/duchess and directly above that of count/countess. The territory held by a marquis is called a marquesate.

The title is one of the least-bestowed in Westarctica's peerage and is often only a subordinate title.

The word marquess entered the English language from the Old French marchis ("ruler of a border area") in the late 13th or early 14th century. The French rendering of the title "marquis" was derived from marche ("frontier"), itself descended from the Middle Latin marca ("frontier"), from which the modern English word march also descends.

The distinction between governors of frontier territories and interior territories was made as early as the founding of the Roman Empire when some provinces were set aside for administration by the senate and more unpacified or vulnerable provinces were administered by the emperor. The titles "duke" and "count" were similarly distinguished as ranks in the Byzantine Empire, with dux (literally, "leader") being used for a provincial military governor and the rank of comes (literally "companion," that is, of the Emperor) given to the leader of an active army along the frontier. 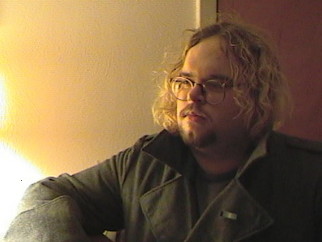 Picture of the Marquis of Ohio on the occasion of his ennoblement. He is standing in the same room where the Claimant Letter was signed in 2001.

The first marquis in Westarctica was Neil Whitmoyer, who only held the title by virtue of his appointment as Royal Envoy. The Achaean Royal Charter of 2002, contained an article which specified that the Royal Envoy would possess the title Marquis of Ohio, so-named for the Ohio Range, during the length of their service. After the transition from the Achaean Territory of Antarctica to Westarctica, the position of Royal Envoy was dissolved and Neil became the Viscount of Whitmore.

In the text of the Grand Ducal Mandate, Westarctica's governing law from 2004 - 2010, peers holding the rank of Marquis were granted special privileges.