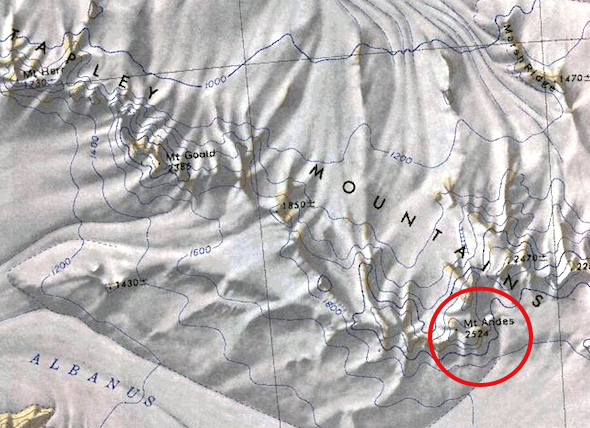 The mountain was mapped by the United States Geological Survey from ground surveys and U.S. Navy air photos taken during the years 1960-63. Mount Andes was named by the Advisory Committee on Antarctic Names in honor of Lieutenant Commander Paul G. Andes, U.S. Navy, who served as a pilot at McMurdo Station during the 1962–63 and 1963-64 Antarctic seasons.

On 17 January 2019, the life peerage title Viscount of Andes was granted to Dirk Hennebach in recognition of his support of Westarctica.