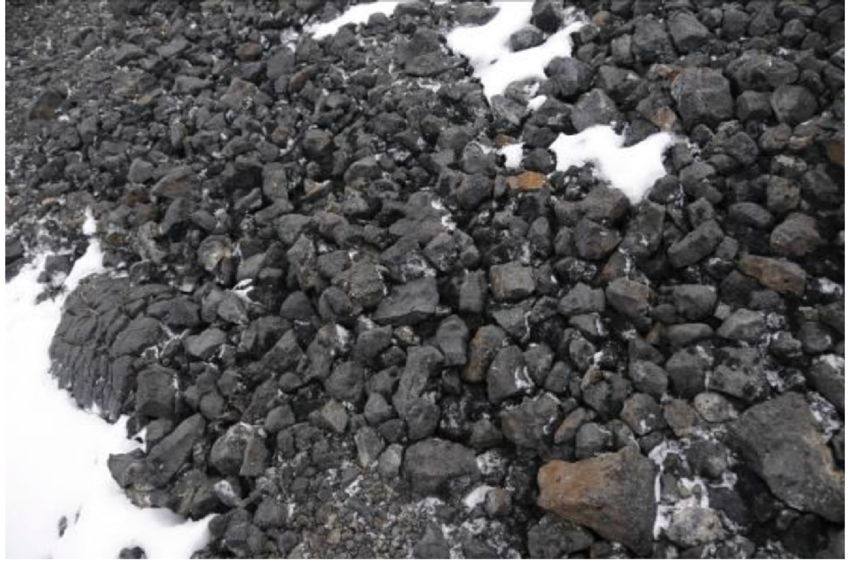 Rocks on the surface of Mount Moses

The mountain was mapped from air photos taken by U.S. Navy Operation Highjump during the 1946–47 research season. Mount Moses was named by the Advisory Committee on Antarctic Names in honor of Robert L. Moses, who served as a geomagnetist and seismologist at Byrd Station in 1967.