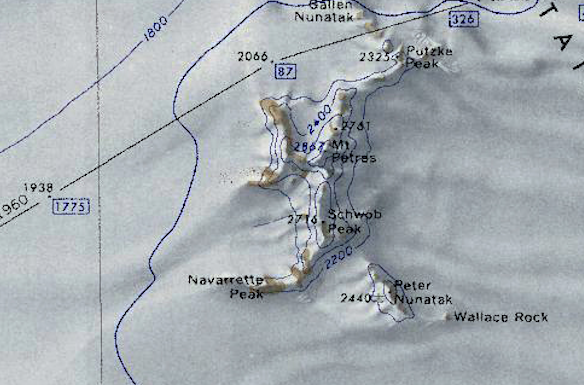 Mount Petras is a 2865 meter high prominent mountain in the shape of a ridge in Westarctica. The mountain is located 16 kilometers southeast of Mount Flint in the McCuddin Mountains.

In December 2000, a detailed paper published by Thomas Wilch and W.C. McIntosh presented a detailed examination of the volcanic geology of Mount Petras that offered a significantly revised account of the ancient history of the mountain and the surrounding region.

A massive, 25 meter thick, slab of mugearite lava near the summit of Mount Petras was carbon dated to 36 million years old, indicating an onset of Cenozoic alkaline volcanism in Marie Byrd Land during the tail end of the Eocene Epoch.

The near-vent deposits are located at different elevations and positions on Mount Petras and suggest four separate eruptive centers, with eruptions dated to between 28 million years ago and 27 million years ago. These mixed eruptions imply local or intermittent contact with external water, which Wilch & McIntosh inferred was derived from the melting of a thin, local ice cap or ice and snow on the slopes. 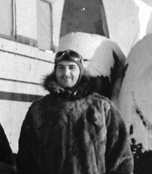 Scientists from the United States Antarctic Service Expedition (1939-1941) discovered Mount Petras during a flyover between 14 and 15 December 1940. The mountain was named in honor of Theodore Argyrios Petras (1911 - 2004), a master technical sergeant in the US Marine Corps, who served as the pilot of this flight.

On 5 May 2015, the peerage title Baroness of Petras was granted to Leila Rozumski as a gift from her mother, Jennifer.