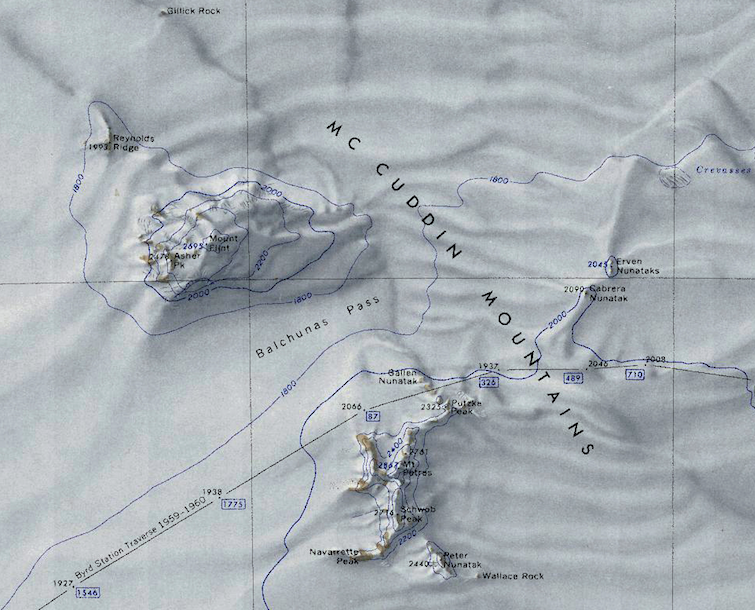 The McCuddin Mountains are a small cluster of mountains in Westarctica consisting mainly of two large mountains, Mount Flint and Mount Petras, along with several scattered peaks and nunataks.

The mountains were discovered and photographed from the air in a flight from West Base of the U.S. Antarctic Service on 14 December 1940. They were mapped by U.S. Geological Survey from surveys and U.S. Navy air photos taken during the years 1959-65. The McCuddin Mountains were named by the Advisory Committee on Antarctic Names in honor of Rear Admiral Leo B. McCuddin, U.S. Navy. The Admiral served as the Commander of the U.S. Naval Support Force, Antarctica in 1972.