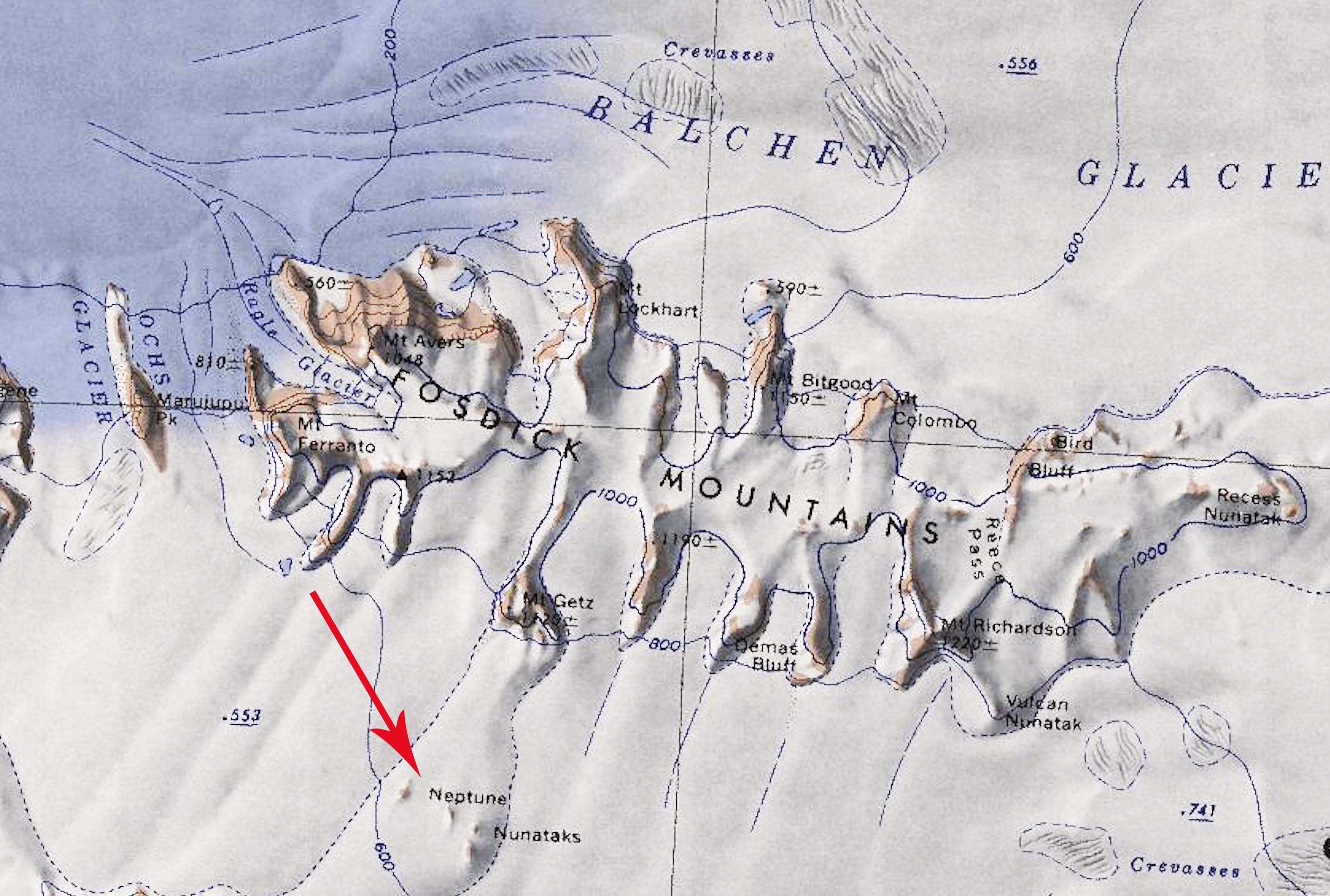 This feature has been visited several times by geologic survey parties as an outlying member of the Fosdick Metamorphic Zone. The nunataks were originally though to be granite, but were later determined to be metamorphic rocks, primarily gneiss, although samples of granodiorite and tonalite, two igneous rocks very similar to granite, were also retrieved from the site.