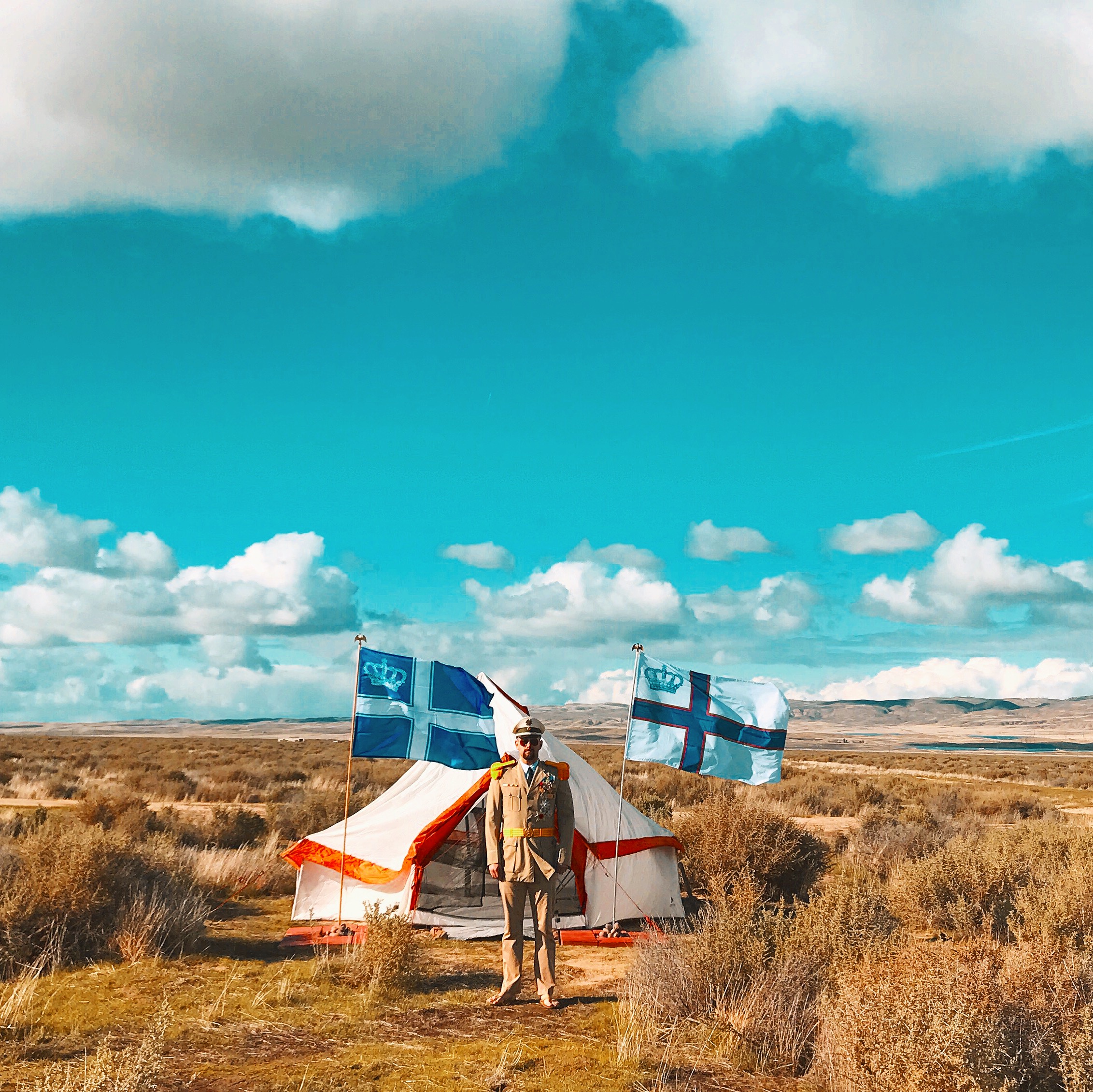 Otisburg is the capital city of the Colony of Calsahara. It is considered a "tent city" with portable tents being erected to accommodate visitors.

Otisburg is the location of the original plot of land that Calsahara was founded upon in 2009. It is 2.5 acres in size and was purchased in the 1960s by Boots Brannon as part of an investment deal that later went south. The plot remained vacant for many years until Travis McHenry raised the Flag of Calsahara over it and proclaimed it the capital of Calsahara. 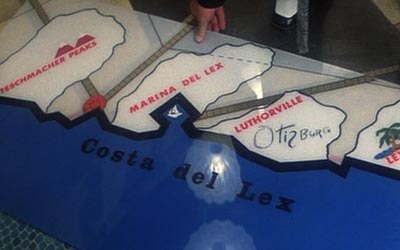 Screenshot from the 1978 film Superman showing the prospective location of Otisburg.

The name "Otisburg" was chosen because the location of Otisburg is in virtually the exact location as the fictional town of Otisburg in the 1978 film Superman. In the film, Lex Luthor plans to break California in half by detonating a nuclear weapon in the San Andreas Fault. His scheme involves buying worthless land along the fault line and then creating luxury beach estates after the fault line breaks apart. Luthor's henchman, Otis, scribbles in his own little town on Lex's map, dubbing his city "Otisburg" and saying "It's a little bitty place."

After realizing how close the fictional Otisburg would be to the actual location of Calsahara, Travis decided to name the capital in honor of Otis' "little bitty place."

On the western border of Otisburg is the Colonial Estates.

There are several tourist sites in Otisburg, and all can be visited in less than ten minutes. 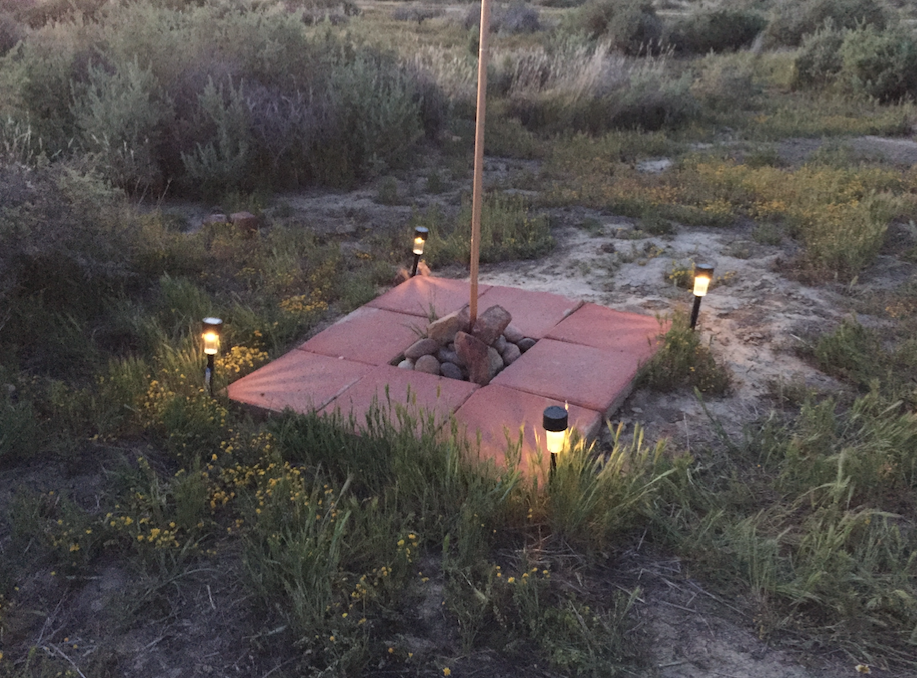 The central location in Otisburg is Montague Square. It was created in 2011 by laying 1ft x 1ft square paver stones in a square formation with a central space for a flagpole. In 2018, it was expanded to accommodate two flagpoles. Eight solar lights were also added to the square to provide light at night. This made Calsahara the first nation to utilize 100% solar power.

The square is where Grand Duke Travis receives visitors and performs investitures of knighthoods. On 21 May 2020, it was greatly renovated and expanded with the assistance of Captain-General Schroeder.

Montague Square was named for the first King of Calsahara, "King Montague."

The Founder's Footprints were a stone monument that were stolen by desert dwellers. In 2017, during the Liberation of Calsahara, Grand Duke Travis placed two sparkly snowflake ornaments in the place of the missing footprints. The monument was tentatively renamed "the Snowflake Monument," but it's more frequently referred to as "the former location of the Founder's Footprints."

When Otisburg was founded, a three-foot wooden survey stake was driven into the ground to mark the location. This stake has remained there since 2009, although the harsh environment of the Carrizo Plain has weathered the stake to the point where it is nearly unrecognizable.

The Boneyard is a pile of dried, sun-bleached bones collected from the territory of Calsahara. As there are many dead animals in the area, there tend to be a lot of bones. The Grand Duke thought it would be nice to give them a proper resting place (while possibly striking fear into the hearts of Calsahara's enemies). However, the coyotes that roam through Calsahara have been snacking on the bones and snatching them away from the pile in the night.