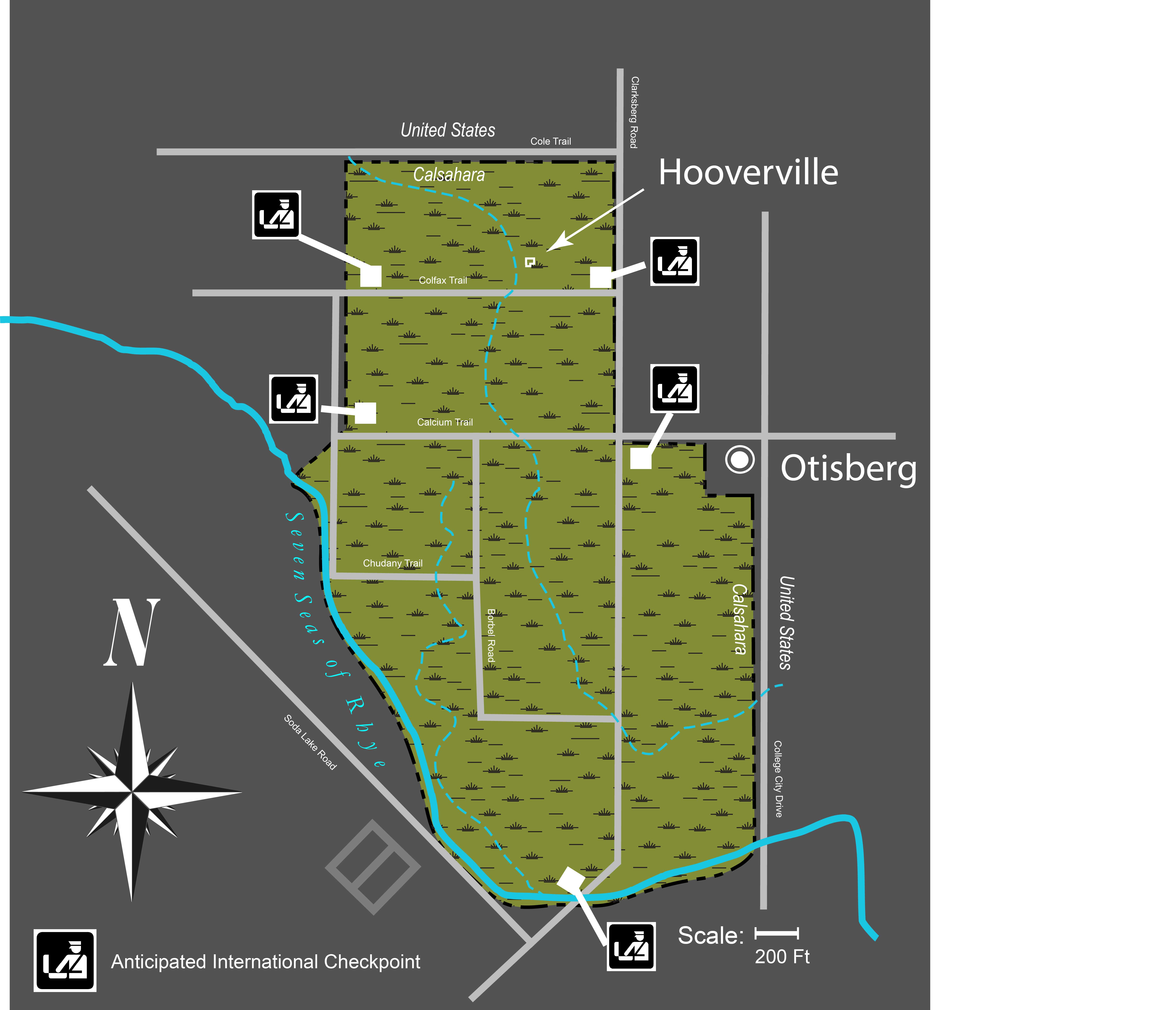 Travis McHenry had abdicated the throne of Westarctica in 2006 and served as a governor of two different Molossian provinces. After moving to southern California to pursue a career in the entertainment industry, he was convinced by fellow micronationalist, President Kevin Baugh, that since his time in the U.S. Navy was over, it was safe to return to being involved with a micronation again.

In late 2009, Travis learned that his mother-in-law was part owner of a 2.5 acre plot of land in an area of Central California called the Carrizo Plain. This area was completely barren and sparsely populated. After doing some research on the location, Travis determined it would be an ideal spot to create a new micronation.

A loose collection of ideas about how the country should be run were put into a PowerPoint presentation with the file name Calsahara.ppt and this presentation became the original governing document of Calsahara, effectively serving as the constitution. The slides were completed and presented to Travis' wife and son on 24 November 2009, which became the official date of the founding of the nation. Calsahara is believed to be the first (and possibly only) country in history to have its constitution in the form of a PowerPoint presentation.

On 31 December 2004, Travis was formally proclaimed King of Calsahara. He chose the regnal name "King Montague." The same day, His Majesty addressed the assemblage of Calsahara's citizens at the Supreme Diet, a church sanctuary located in Yorba Linda, California that also served as Calsahara's seat of government. At this time, he officially declared Calsahara a sovereign nation by proclaiming "Royal Decree 0." It read: 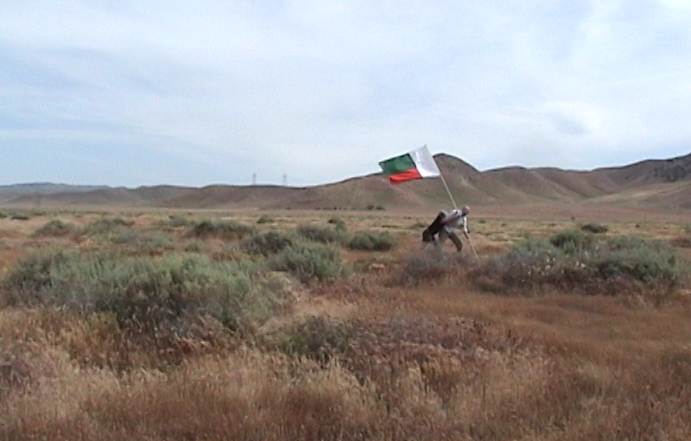 Flag being raised over Calsahara for the first time


We are attempting to build a nation on the barren plain of the California Valley, a nation which shall be completely self-reliant, and independent of the United States, by which it is surrounded.


As a nation, we do not seek, nor desire, any formal recognition of our sovereignty. We own, control, and are developing the land: therefore we already exercise sovereignty, and that's good enough for us.

The first trip to visit the land of Calsahara didn't occur until 15 May 2010. The Flag of Calsahara was raised over the capital city of Otisburg by King Montague and the Grand Chancellor. At the same time, a detailed survey of the land was taken and a photographic record was obtained for future reference.

In January 2011, the Kingdom of Calsahara expanded from 2.5 acres to an area of over 100 acres. In conjunction with this expansion, eleven peerage titles were created and the Peerage of Calsahara was established.

Causes for the expansion

When Calsahara was first created, an institution called the Civil Office was established to provide new citizens with gainful employment. The available jobs were all drawn from the Queen song The Fairy Feller's Master Stroke (which in turn was inspired by the painting of the same name by Victorian artist Richard Dadd). The open positions were:

In late 2010, the Civil Office was dissolved by Royal Decree and the newly unemployed citizens (less than 20 individuals) were instructed by King Montage to “wander off and live in a nice little Hooverville somewhere.” The abandoned homestead a quarter mile away from Otisburg was to be the location of the Hooverville where refugees from the Civil Office could make their new home. 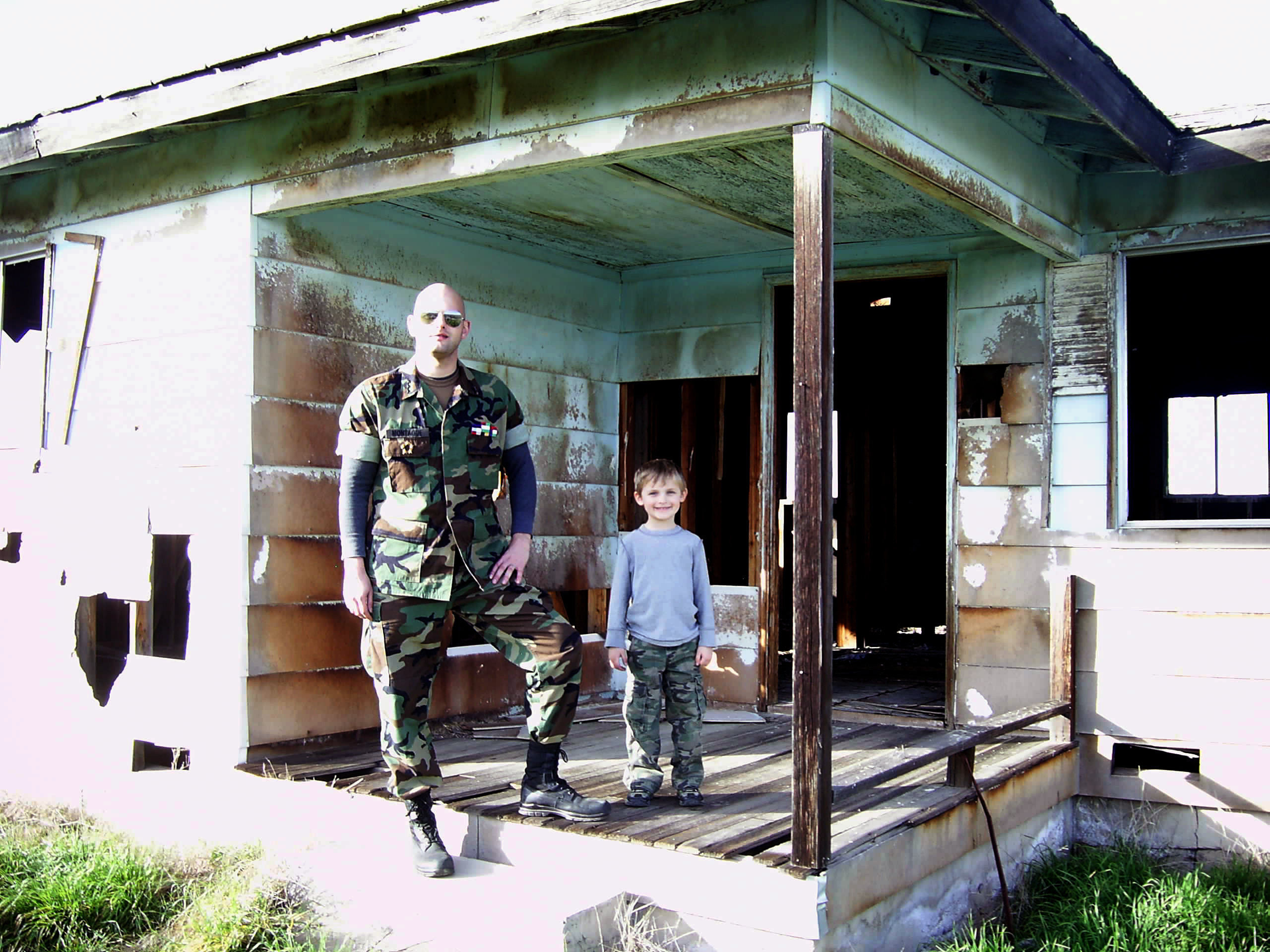 King Montague and Crown Prince Nicholas on the steps of Hooverville

On 16 January 2011 King Montague and soldiers from the Royal Corps of Engineers journeyed a quarter of a mile into the neighboring United States to pay a visit to the exiled members of the Civil Office, who had been previously instructed to live the Hooverville shantytown.

In an interview with The High Plains Reporter, King Montage stated:

We felt it was our responsibility to check on their progress. I didn’t want to accidentally cause a Wrath of Khan incident with our exiled countrymen. Upon arriving at Hooverville, however, we found it completely deserted. Almost as though no one had ever been there.

After conducting a thorough inspection of the dilapidated property, the Corps of Engineers climbed up the steps of Hooverville and entered the structure. As they did, a large white barn owl flew out of the ruined interior. The flight of the white owl was interpreted as a divine sign that the owl was inviting the Calsaharans to take possession of the building. At that moment King Montague turned to his aide-de-camp and said: "Let’s just take all this for the fatherland, what do you say?"

The King then led his followers due west to the Seven Seas of Rhye and followed the coastline until it led them back to the borders of Otisburg. When they arrived back at the capital, King Montage and the Grand Chancellor declared every inch of ground they had trod upon to be an inseparable part of the Kingdom of Calsahara.

Status as an Empire

Rather than declare himself Emperor of Calsahara, the name of the nation was altered to be an "Imperial Kingdom" and King Montague maintained his title of King, similar to Queen Victoria in the days of the expansion of the British Empire.

Calsahara was divided into three areas, each with the status of a petty kingdom:

After this time, Royal Decrees began to be called "Imperial Decrees." 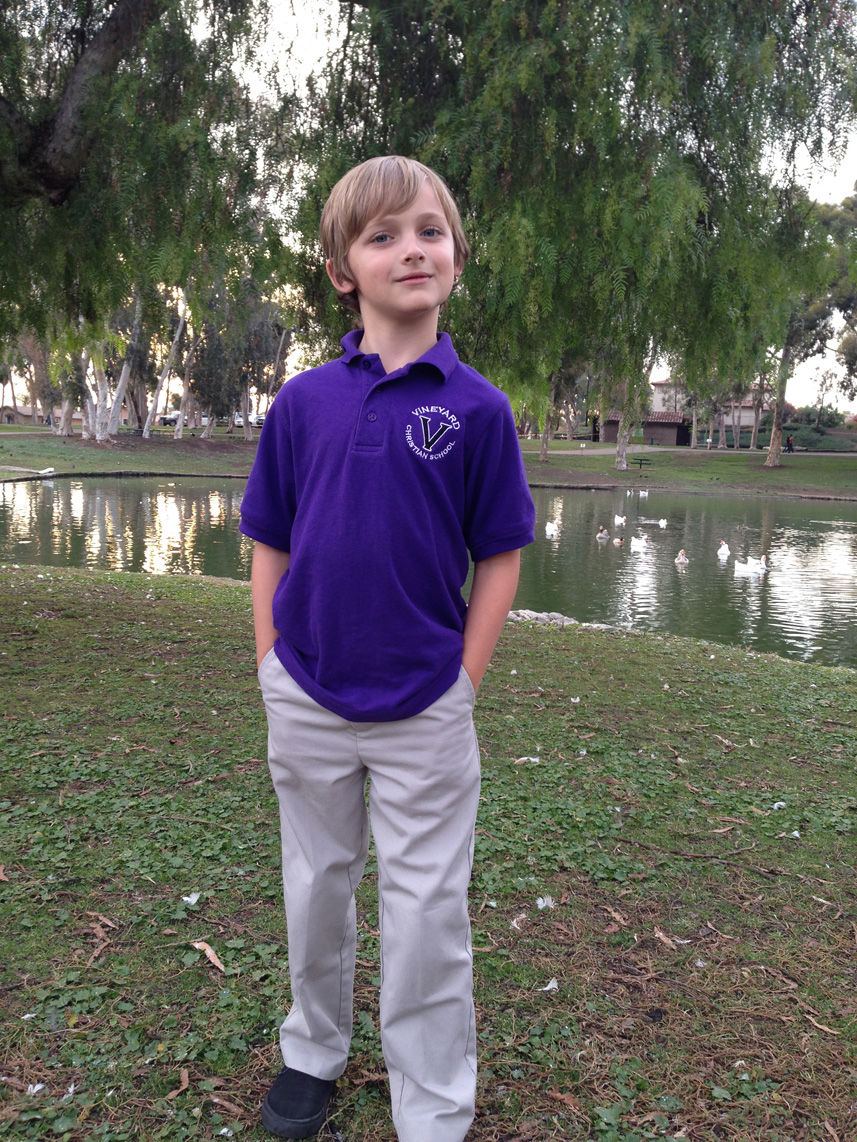 King Nicholas shortly after being proclaimed King of Calsahara

In 2013, King Montague and Queen Cathryn filed for divorce. This resulted in a crisis in the Calsahara government. The members of the Chancellery voiced their desire to have someone other than the disgraced King Montague rule their land. After months of bickering and internal pressure, King Montague abdicated and passed the throne to his son, who was crowned as King Nicholas in late 2014. In a power-sharing agreement, the executive power to govern was split between King Nicholas and the newly-created office of Dictator For Life. Naturally, McHenry was the only serious candidate for the office.

The official name of the country was changed to "Realm of Calsahara."

Resignation of the Dictator for Life

On 23 January 2017, Travis McHenry resigned as Dictator for Life, citing continued hostility from members of the Chancellery, which made it impossible for him to govern effectively. Rather than attempt to lead the nation as a puppet on a string, Travis gave up his position as co-executive of Calsahara and put full responsibility for the government in the hands of King Nicholas.

From the time Travis departed the nation, activity in the government fell to nonexistent levels. No member of Calsahara's government made any visits to the country during that time, in fact, none of them (aside from Travis McHenry) had visited Calsahara's territory since 2012.

Neither King Nicholas nor Grand-Chancellor Arledge made any attempt to represent the interests of Calsahara from this time forward. 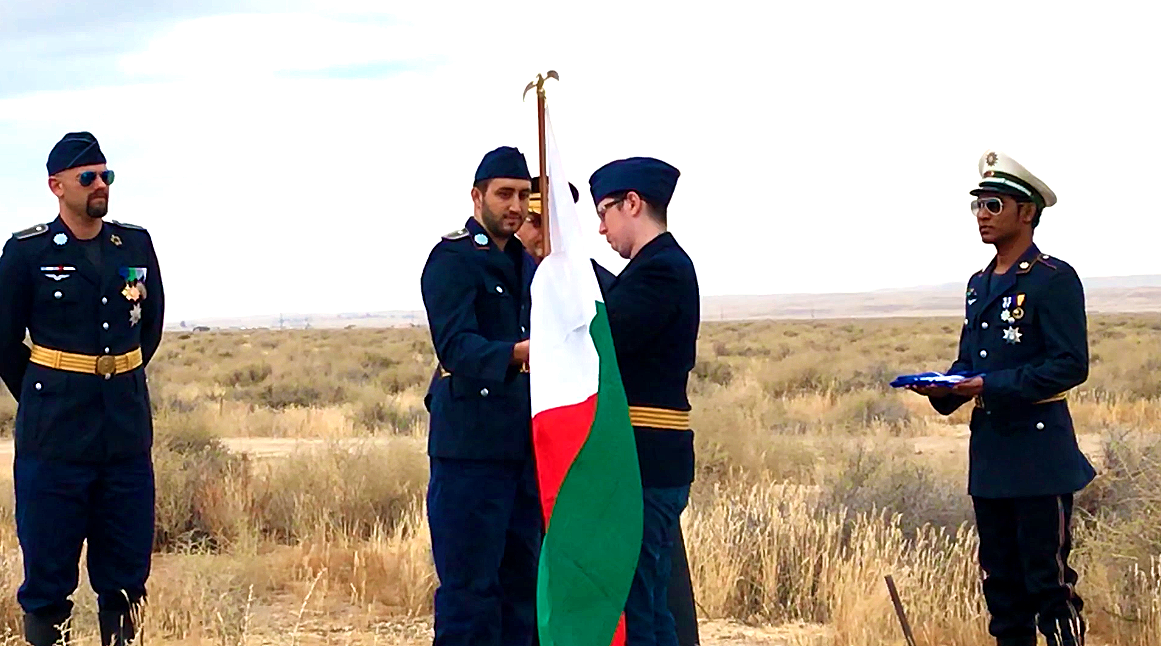 Lowering of the Calsaharan flag

In October 2017, Grand Duke Travis became concerned that the leaders of Calsahara weren't taking a big enough role in managing the internal or external affairs of the nation. Rather than see the country he founded continue to stagnate until it descended into oblivion, Travis made the strategic decision to liberate Calsahara from its absentee landlords.

On 29 October, the Grand Duke led a coalition force comprised of the Westarctican Royal Guards and the Knights of Shiloh across the Seven Seas of Rhye, thereby breaching the sovereign borders of Calsahara. They found the nation unoccupied, the soldiers of King Nicholas having fled at the advance of the Westarctican forces. Otisburg was quickly overrun and the Flag of Calsahara removed and replaced with the Flag of Westarctica. The coalition then captured Hooverville and Grand Duke Travis declared victory from the steps of Hooverville. 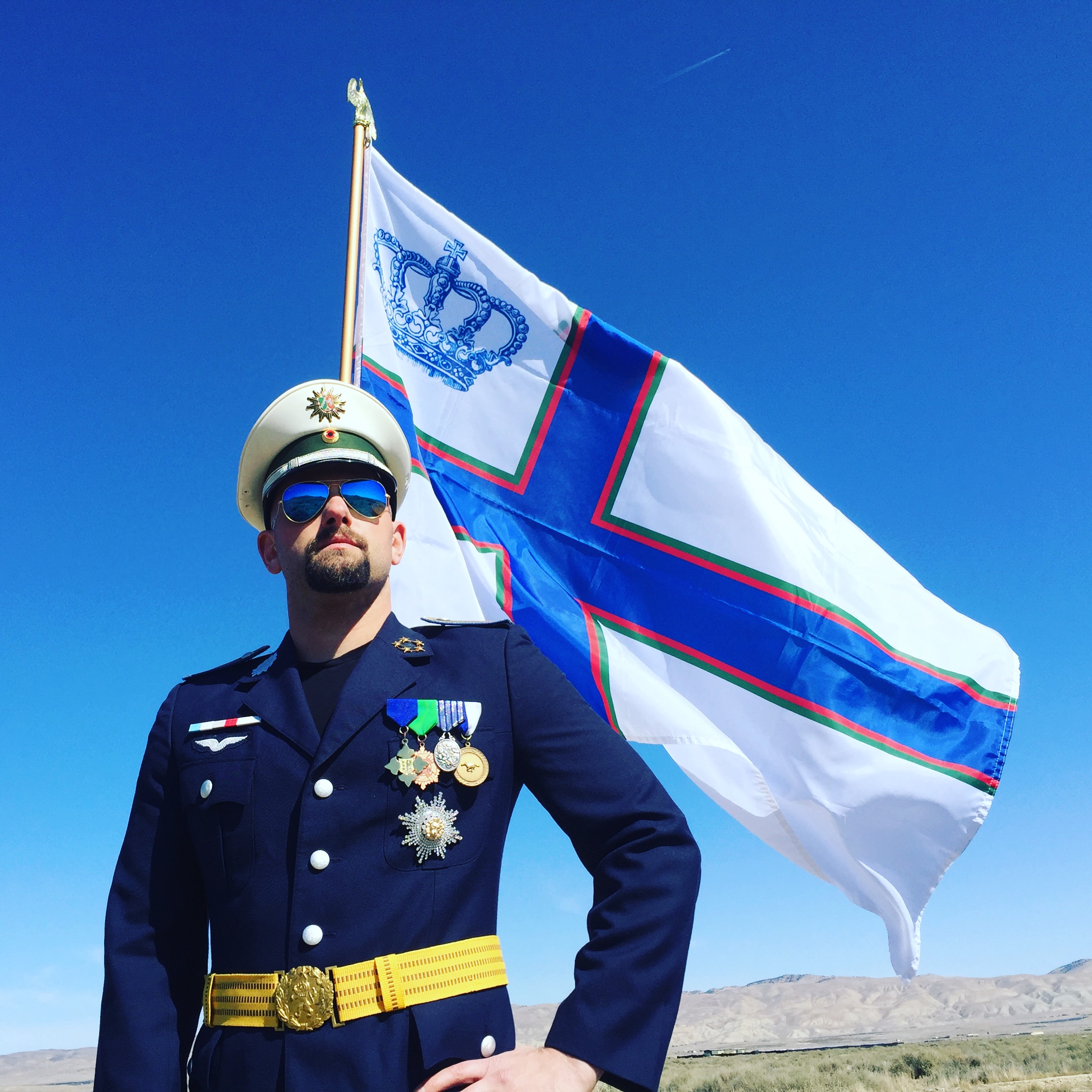 The members of the Chancellery and their associated institutions were dissolved.

When it was turned into a colony, Grand Duke Travis declared the entire territory to be a gift to the people and nobles of Westarctica.

A half-acre of the nation was designated as the Colonial Estates. The estates are each 10 feet by 10 feet plots of land that have been given to Westarctica's Hereditary Nobles. Possessing Manorial Rights gives the holder the right to be known as Lord/Lady of the Manor. 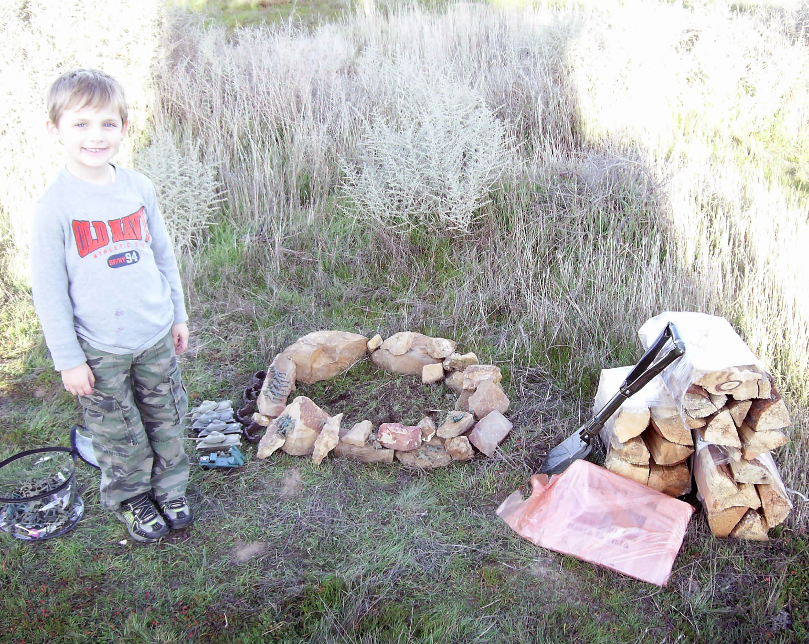 In July 2011, Calsahara established its military force, His Majesty's Corps of Engineers. The primary duty of the Corps was to defend against seasonal flooding which endangers the southern border of Calsahara.

During the 2010 state visit to Vikesland, members of the Corps of Engineers participated in the Joint Micronational Training Exercise-2010 (JMTEX-10) with the Vikesland Security Force. In 2011, they constructed the Otisburg Fire Pit, a small ring of rocks quarried from Calsahara.

Although capable of combat operations, Calsaharan soldiers did not carry firearms. After Calsahara was absorbed as a colony of Westarctica, the Corps of Engineers was integrated into the Westarctican Royal Guards, although the Captain-General of Calsahara reserves the right to marshal troops should they be necessary for national defense.

Starting in 2010, the Royal Bank of Calsahara began printing paper banknotes. These notes were called "bulgur" after the bulgur wheat that grows so plentifully on the Carrizo Plain. The value of Calsaharan Bulgur was pegged to the value of wheat, which resulted in a pitifully low valuation. To compensate, the banknotes were printed in extremely high denominations, from 1 million bulgur to 100 million bulgur.

After Westarctican forces took control of Calsahara's territory, the currency was changed to Colonial Bulgur and responsibility for printing new notes was assumed by the Central Bank of Westarctica. Minor changes were made to the designs on the notes, but they remain pegged to the value of wheat with a high level of inflation.