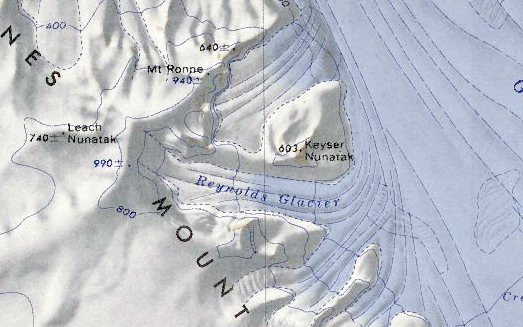 Reynolds Glacier (77°38′S 145°55′W) is a glacier 5 nautical miles (9 km) long, flowing eastward from the Haines Mountains along the south side of Keyser Nunatak to enter the Hammond Glacier.

The glacier was mapped by the United States Geological Survey from surveys and U.S. Navy air photos collected during the years 1959–65. Reynolds Glacier was named by the Advisory Committee on Antarctic Names (US-ACAN) for Donald K. Reynolds, who worked as a ionospheric physicist at Byrd Station during the 1967–68 season.