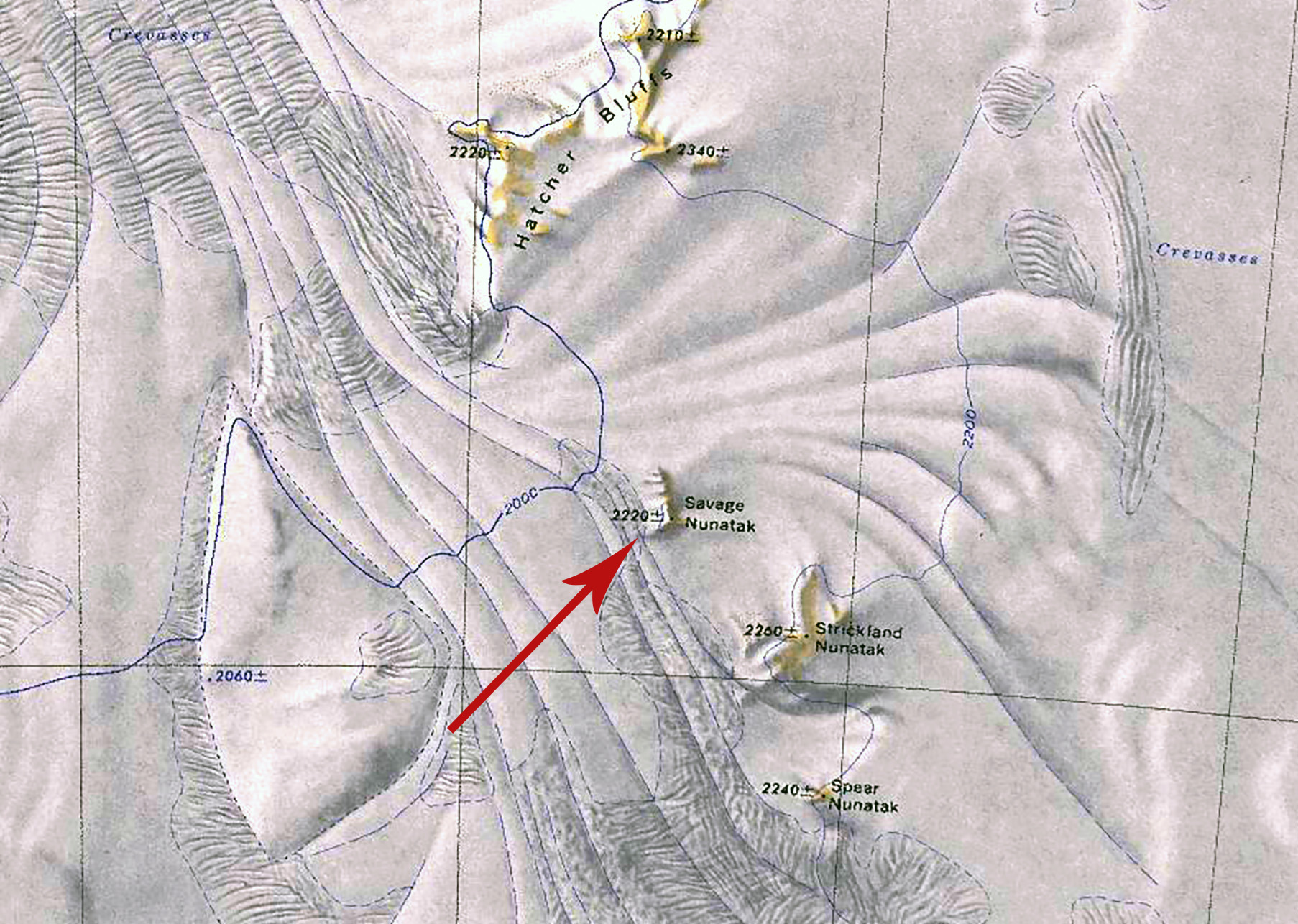 The nunatak was mapped by the United States Geological Survey from surveys and U.S. Navy air photos collected during the years 1960–64. Savage Nunatak was named by the Advisory Committee on Antarctic Names in honor of Henry C. Savage, who worked as a builder at Byrd Station in 1962.

On 15 November 2020, Sandra Nußer was granted the peerage title Baroness Savage in recognition of her support of Westarctica's mission and goals.