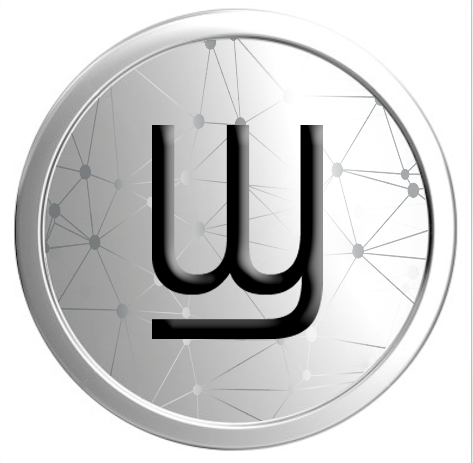 Mock-up symbol proposed as the graphic representation of the Westarctican Dollar; image is based on the 25th letter of the Coptic alphabet, šai/ šei

WestarcticaCoin was a cryptocurrency created by the Minister of Blockchain and was released by the Royal Blockchain Authority on behalf of the Central Bank of Westarctica on 15 August 2018. The currency is denoted by the Ϣ sign, which is the Unicode Coptic Capital Letter Shei (code:U+03E2, decimal:994).

After one year in operation, the project was discontinued.

After some experimentation with blockchain and its potential applications for Westarctica, in January 2018, the Minister of Blockchain, Brian Erdelyi and Grand Duke Travis decided to begin a real-world blockchain endeavor by creating a cryptocurrency called the Westarctican Dollar (WAD) that would be an ERC20 Ethereum token.

The name of the token was eventually changed to WestarcticaCoin, however, the currency abbreviation WAD was retained for matters of convenience.

These tokens were intended to function primarily as a novelty to reward and engage citizens of Westarctica for their support.

The total number of WestarcticaCoins generated was equal to the number of square feet in the claimed territory of Westarctica: 17,284,610,000,000 tokens. Although Grand Duke Travis was the single largest holder of WestarcticaCoins, with just over Ϣ4 billion WAD, the Royal Blockchain Authority controlled the vast majority of the tokens and was responsible for their distribution.

On 15 August 2018, the Royal Blockchain Authority began the initial airdrop of tokens to the members of the Peerage of Westarctica. This resulted in Ϣ892 million WAD being instantly distributed to previous supporters of Westarctica, making nearly all of the Peers "crypto-millionaires."

The remaining WestarcticaCoins were made available to the general public through one of two channels: either by purchasing the tokens, or by providing evidence of conservation activities and receiving the tokens as a reward. When the program was brought to a close, 21 individuals had undertaken acts of conservation including recycling, litter cleanup, switching to a reusable water bottle, and switching to a hybrid / electric car.

A total of Ϣ1.792 billion was distributed to the following groups:

In August 2019, after one year in operation, Hexel, the company Westarctica partnered with to distribute WestarcticaCoin suddenly went out of business. With the departure of Hexel from the cryptocurrency industry, all of Westarctica's crypto assets were unexpectedly dissolved by Hexel's leadership. Although the overall project was deemed a success, the legacy of WestarcticaCoin was lost in the digital realm. All money raised through the program was donated to the Antarctic and Southern Ocean Coalition.