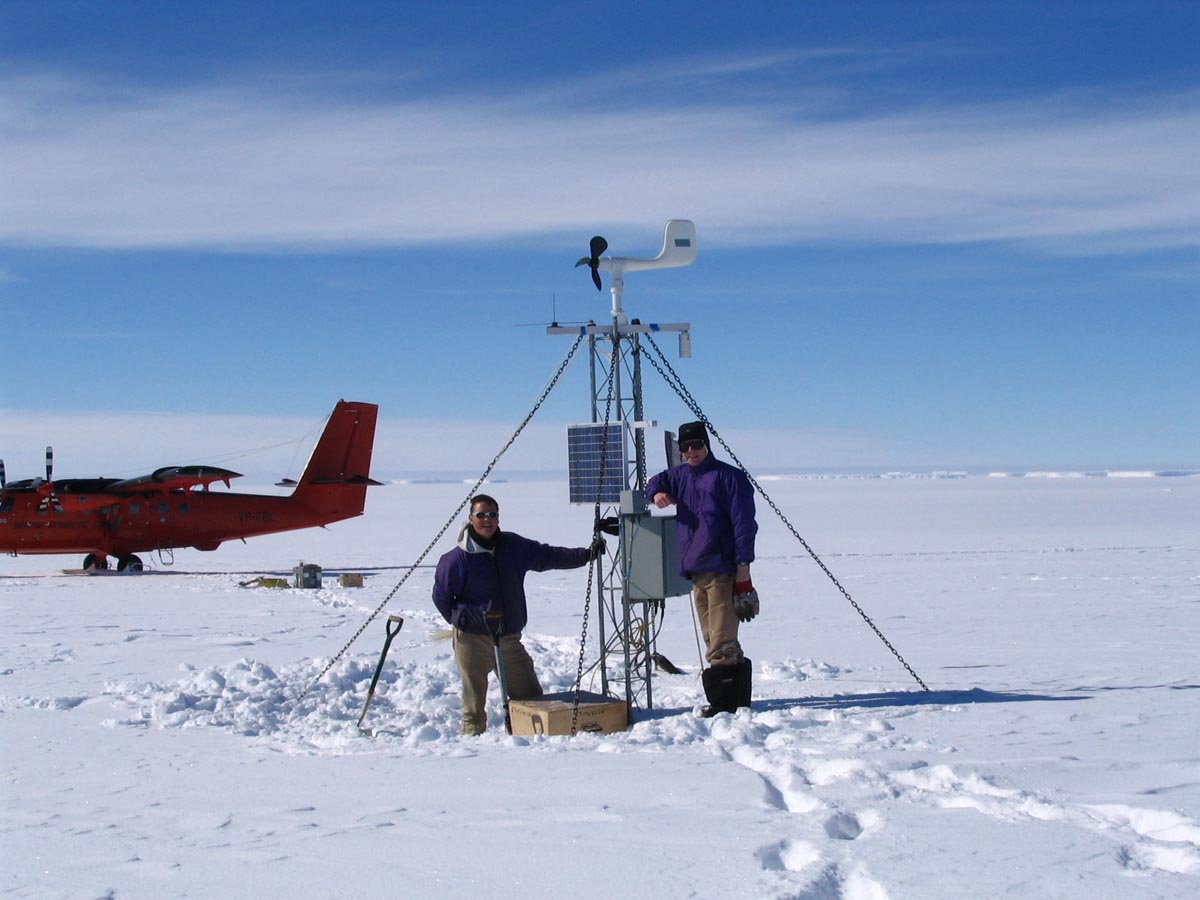 An automatic weather station (AWS) is an automated version of the traditional weather station, either to save human labor or to enable measurements from remote areas. An AWS will typically consist of a weather-proof enclosure containing the data logger, rechargeable battery, telemetry (optional) and the meteorological sensors with an attached solar panel or wind turbine and mounted upon a mast. The specific configuration may vary due to the purpose of the system. The system may report in near real time via the Argos System and the Global Telecommunications System, or save the data for later recovery.

In the past, automatic weather stations were often placed where electricity and communication lines were available. In the modern era, the solar panel, wind turbine and mobile phone technology have made it possible to have wireless stations that are not connected to the electrical grid or hardline telecommunications network.

Most automatic weather stations have:

Some stations can also have: 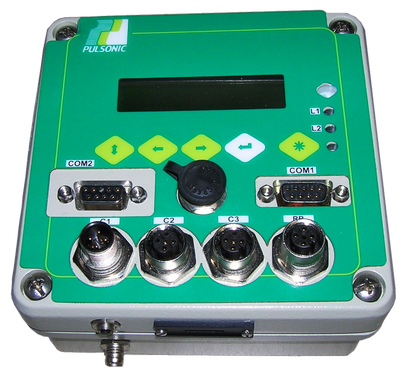 The data-logger is the heart of the Automatic Weather Station.

In high quality weather stations, the data-logger may be designed by the supplier to be the perfect solution for a particular meteorological client. Indeed, usually data-loggers found in the market don't fit the requirement in terms of power consumption, inputs, communication, protection against animals, humidity, salty air, sand, etc.

The main functions of a data-logger are:

The main power source for an automatic weather station depends on its usage. Many stations with lower power equipment usually use one or more solar panels connected in parallel with a regulator and one or more rechargeable batteries. As a rule of thumb, solar output is at its optimum for only 5 hours each day. As such, mounting angle and position are vital. In the Northern Hemisphere, the solar panel would be mounted facing south and vice versa for the Southern Hemisphere.

The output from the solar panels may be supplemented by a wind turbine to provide power during periods of poor sunlight, or by direct connection to the local electrical grid. Most automated airport weather stations are connected to the commercial power grid due to the higher power needs of the ceilometer and present weather sensors, which are active sensors and emit energy directly into the environment. Mast

The standard mast heights used with automatic weather stations are 2, 3, 10 and 30 meters. Other sizes are available, but typically these sizes have been used as standards for differing applications.

The Antarctic Automatic Weather Station (AWS) Project is an Antarctic research program at the Space Science and Engineering Center at the University of Wisconsin–Madison that is funded by the United States Office of Polar Programs at the National Science Foundation (NSF). The AWS project was started in 1980 by UW-Madison atmospheric sciences Professor Charles R. Stearns.

Currently, the UW-Madison AWS project operates and maintains approximately 63 automated weather stations in Antarctica, more than half of all stations currently known to be operating on the continent.

Data from the UW-Madison Antarctic AWS program has been used for many research studies including, but not limited to: boundary layer meteorology studies near the South Pole, Katabatic wind studies at Reeves Glacier and the Adelie Coast, Long Term Ecological Research along the Antarctic Peninsula, and Barrier wind flow studies along the Transantarctic Mountains and the Antarctic Peninsula. Additional studies include flight forecasting and long-term climatology studies at the historic Byrd Station in Westarctica.

Although the primary purpose of the AWS station project was intended to collect data on current meteorological conditions, the current 30-year archive of data has allowed for some recent climatological usage of the data. 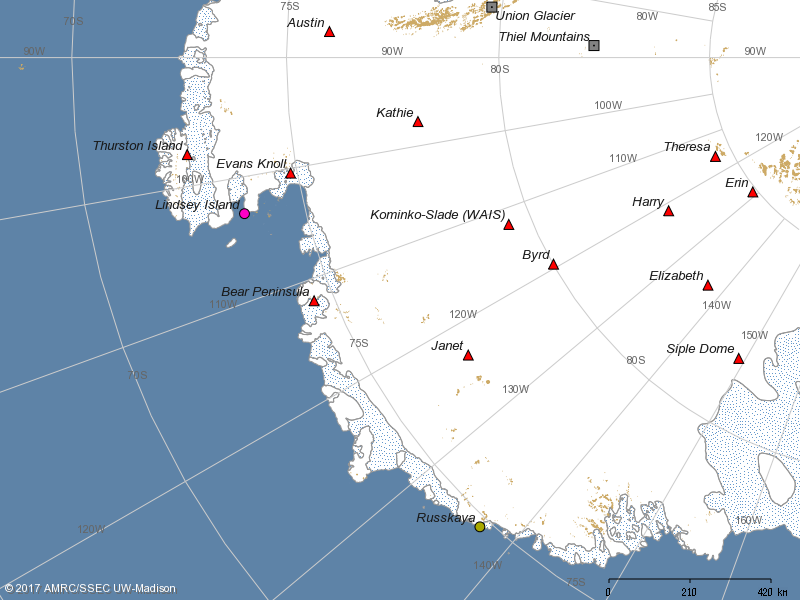 Sites in Westarctica with an AWS