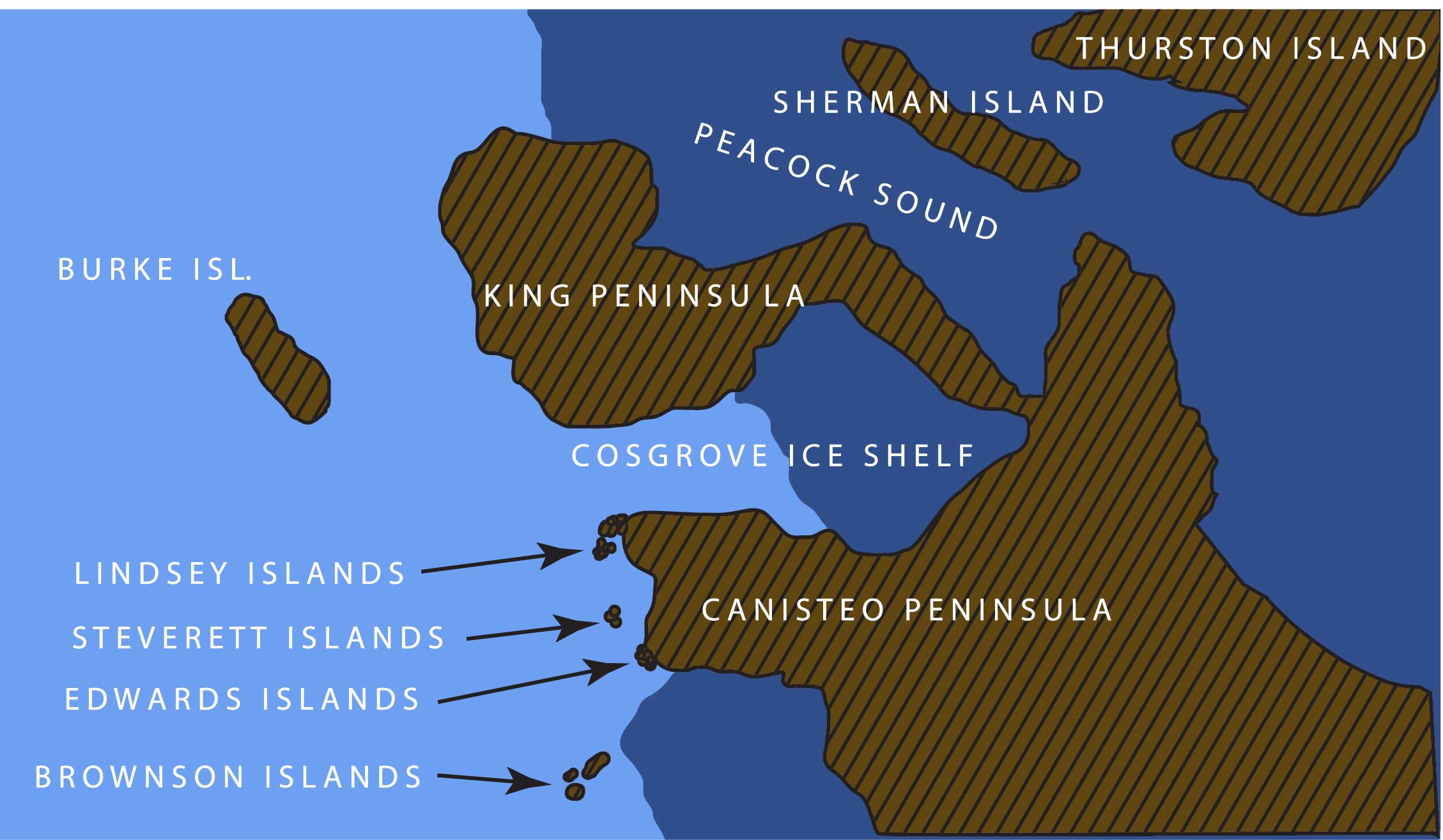 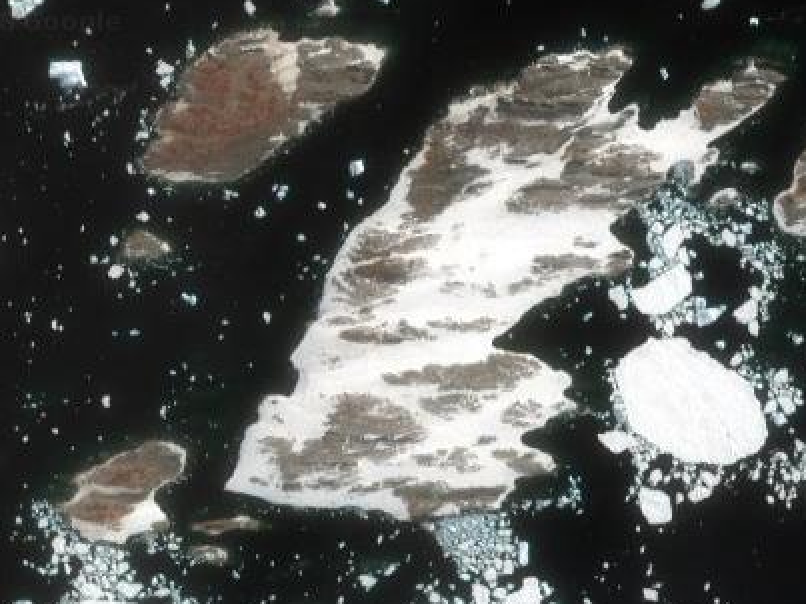 Satellite view showing the western group of the Lindsey Islands. Not pictured is the largest island just slightly to the east.

The Lindsey Islands (73°37′S 103°18′W) are a group of islands lying just off the northwest tip of the Canisteo Peninsula in the Amundsen Sea.

The Lindsey Islands are situated west of the northern extremity of Canisteo Peninsula, which projects into the eastern Amundsen Sea between Ferrero and Cranton Bays on the Walgreen Coast. The island group consists of one large island that is several kilometers wide, and a smaller island to its west with several nearby outliers further west. The total land area of the collective islands is approximately 2,100 acres.

Some descriptions (e.g. Lindsey 1995) include the island group 5 kilometers to the southwest as within the Lindsey group. However, these were later named the Schaefer Islands by the U.S. Advisory Committee on Antarctic Names. Available mapping incorrectly shows many of the individual islands within the group as merged together.

Approximately 52 breeding pairs of Adélie penguins were present on the Lindsey Islands as estimated from March 2011 satellite imagery. The colony occupies the eastern and southeastern coasts of the eastern island, and most of three main outliers and the northern half of the largest of the western group of islands. South polar skuas are also reported to breed on the islands, although numbers are not known.

Southern elephant seals and Leopard seals have been reported in the area. 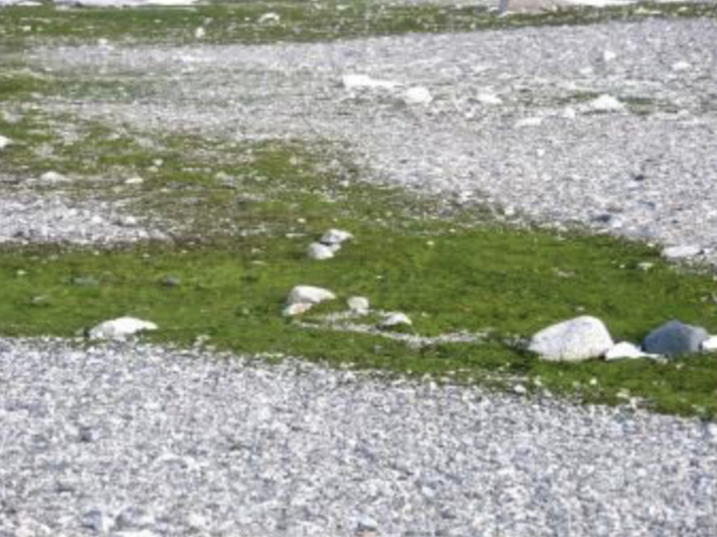 Due to the extensive ice-free areas on the islands as well as the Adélie penguin colonies, the algae Prasiola crispa has successfully established a foothold. From November - March, the blooming algae blankets portions of the islands in a spectacular green carpet in stark contrast to the otherwise bleak surroundings.

When not in bloom, the algae has a reddish-brown color.

Delineated from air photos taken by U.S. Navy Operation Highjump in December 1946. The islands were named by the Advisory Committee on Antarctic Names in honor of Alton A. Lindsey, a biologist with the Byrd Antarctic Expedition during the years 1933-35.

On 18 May 2016, Mr. Massimo Zanne, a long-time supporter of Westarctica from Italy, was granted the hereditary title Baron of Lindsey. His title was so-named for the Lindsey Islands.

In February 2008, a team from the South Korean Polar Data Center installed an automatic weather station (AWS) on the largest and most easterly island of the Lindsey Islands. Averaged data collected at one and two hours is stored in a data logger, and then an Argos Satellite transmitter is used to transmit the two-hourly averaged data. The instruments installed on the AWS include: