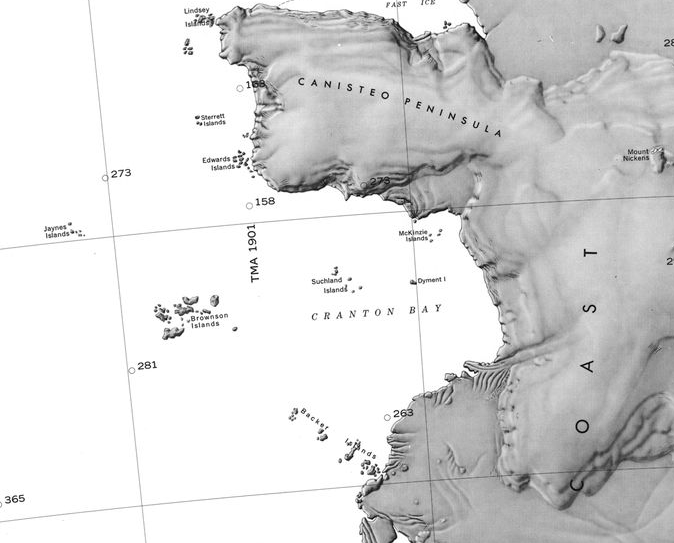 Cranton Bay is a bay about 20 nmi (37 km; 23 mi) long and wide, lying south of the Canisteo Peninsula at the eastern end of the Amundsen Sea in Westarctica. The southern limit of the bay is formed by the Backer Islands and an ice shelf which separates this bay from Pine Island Bay.

It was mapped from air photos taken by U.S. Navy Operation Highjump, 1946–47, and named by the Advisory Committee on Antarctic Names for Lieutenant Elmer M. Cranton, U.S. Navy, medical officer and officer in charge at Byrd Station in 1967.

On 25 June 2020, Daniel Paul Means was granted the peerage title Count of Cranton in recognition of his longstanding support of Westarctica. His original title, Baron of Brownson, was named for the nearby Brownson Islands.

Several small island chains are located in Cranton Bay, including: