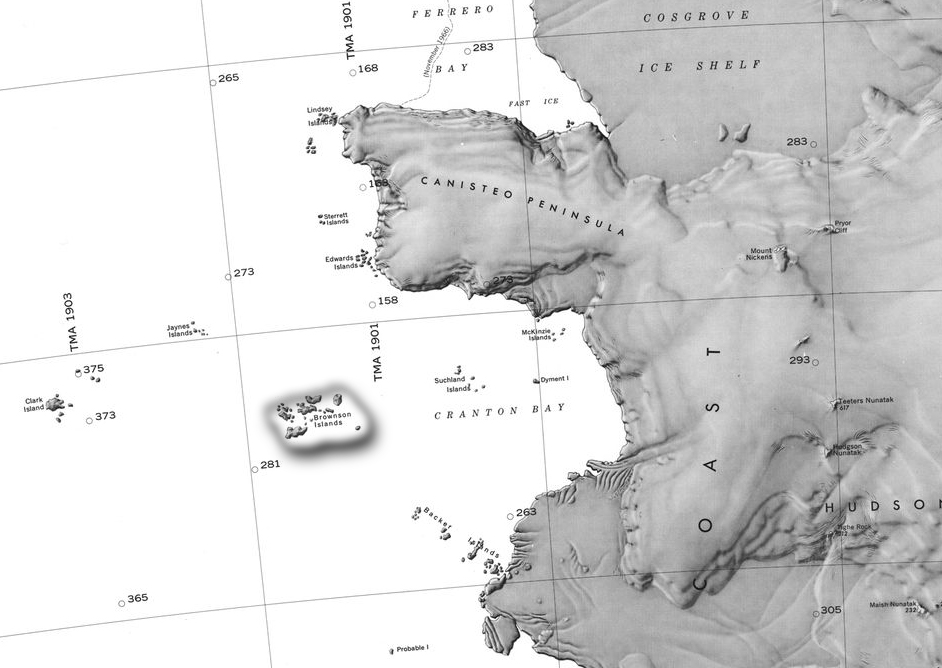 The Brownson Islands (74°10′S 103°36′W) are a group of about 20 small islands which lie just outside the entrance to Cranton Bay, about 14 nautical miles (26 km) southwest of the southwest tip of the Canisteo Peninsula in Westarctica

They were delineated from aerial photographs taken by the U.S. Navy's Operation Highjump in December 1946. The islands were named by the Advisory Committee on Antarctic Names for the USS Brownson, a vessel of the eastern task group of Operation Highjump. 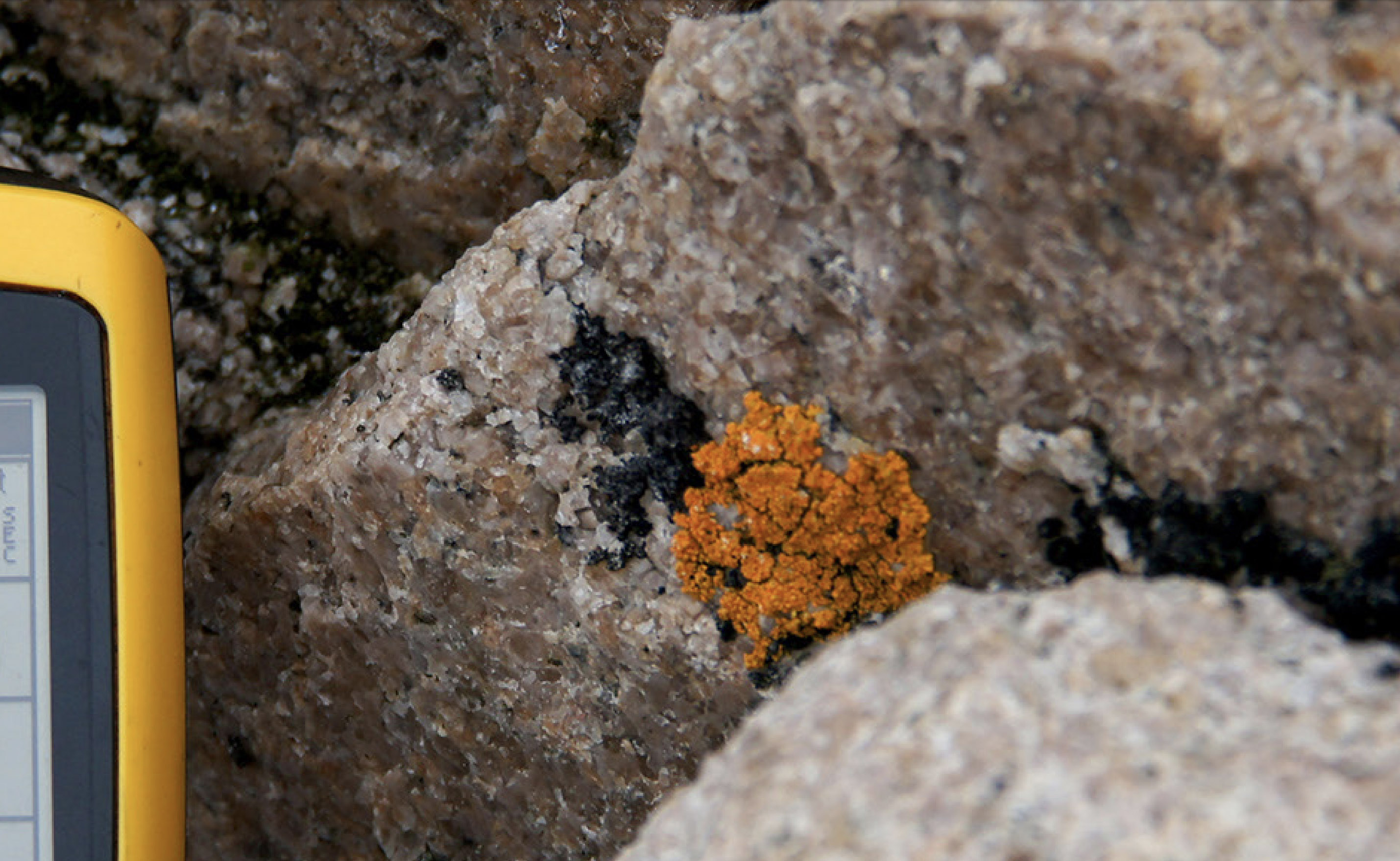 Black and yellow lichens on a granite boulder in the Brownson Islands.

In 2017, a research team from the Alfred Wegener Institute for Polar and Marine Research visited Brownson Island and discovered evidence of numerous black and yellow lichens. The team also identified what they presumed to be bones and skin from dead birds as well as bones buried 6 centimeters under the surface.

The island is predominantly composed of various types of granite, including red and gray granite. This is characterized as fields of small boulders of varying size and composition strewn across the islands.

Due to a clerical error, there are two peerage titles linked to the islands. The result was two barons with essentially the same title. When alerted to this discrepancy by the Ellsworth King of Arms, Grand Duke Travis replied: "The islands are big enough for both of them." The solution was to drop the "n" in one of the titles to make it distinctive.