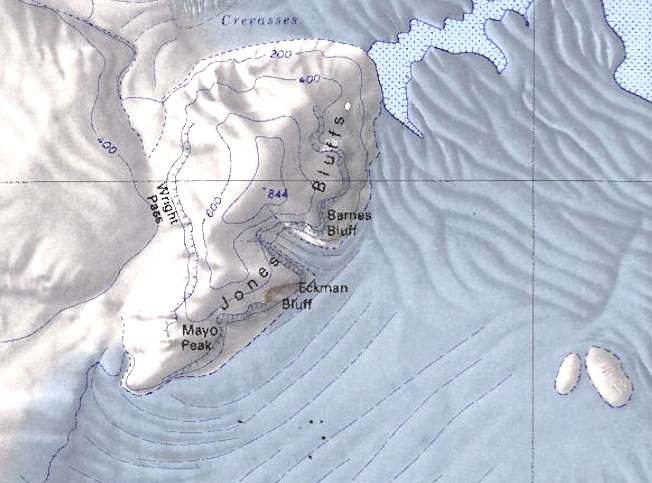 Map of the Jones Bluffs showing location of Barnes Bluff

Barnes Bluff is a projecting portion of the Jones Bluffs, 1.5 nautical miles (3 km) north-northeast of Eckman Bluff on the east side of the Bear Peninsula along the Walgreen Coast of Westarctica.

Barnes Bluff was mapped by the United States Geological Survey from surveys and from U.S. Navy aerial photographs taken in 1966. The bluff was named by the Advisory Committee on Antarctic Names in 1977 in honor of Lieutenant Commander John O. Barnes, a U.S. Navy Air Operations Officer during Operation Deep Freeze in the 1975–76 and 1976–77 research seasons. Barnes also served as officer in charge of the NSFA winter detachment at McMurdo Station in 1977.