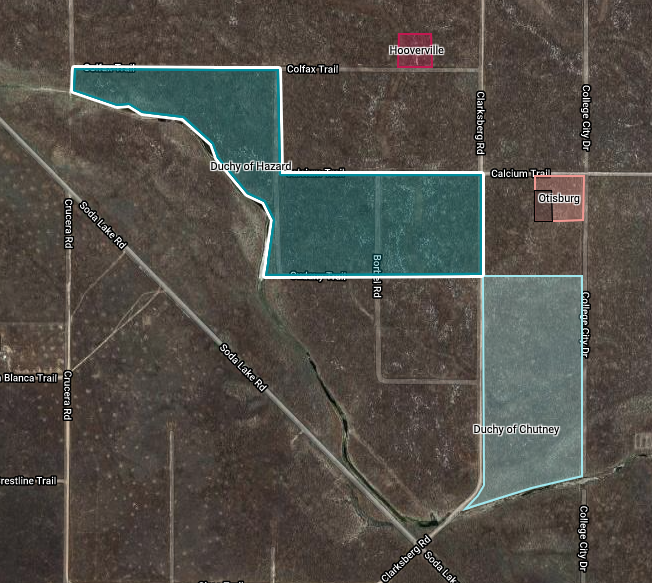 Map showing the two duchies of Calsahara, with Hazard in dark green

The duchy was created by Royal Decree by King Montague in 2011 following the territorial expansion of Calsahara from a 2.5 acre kingdom to a 120 acre empire.

Hazard was named after the popular American television show Dukes of Hazzard, which King Montague used to watch as a child in the early 1980s. The double-Z spelling was altered to distinguish the duchy from the television show and make it more unique.

The Duchy of Hazard is the largest duchy in Calsahara, encompassing nearly 60 acres. It is inside the Principality of Bohemia, although the borders of the duchy extend all the way to the Seven Seas of Rhye while the borders of Bohemia do not. Therefore, the eastern part of the duchy is considered semi-autonomous.

As part of the 20th Anniversary Honors and Appointments celebrating Westarctica's 20 years of sovereignty, Prince Ashton Roman was granted the noble title Duke of Hazard in addition to being proclaimed Count of Storfallet in the Peerage of Westarctica.