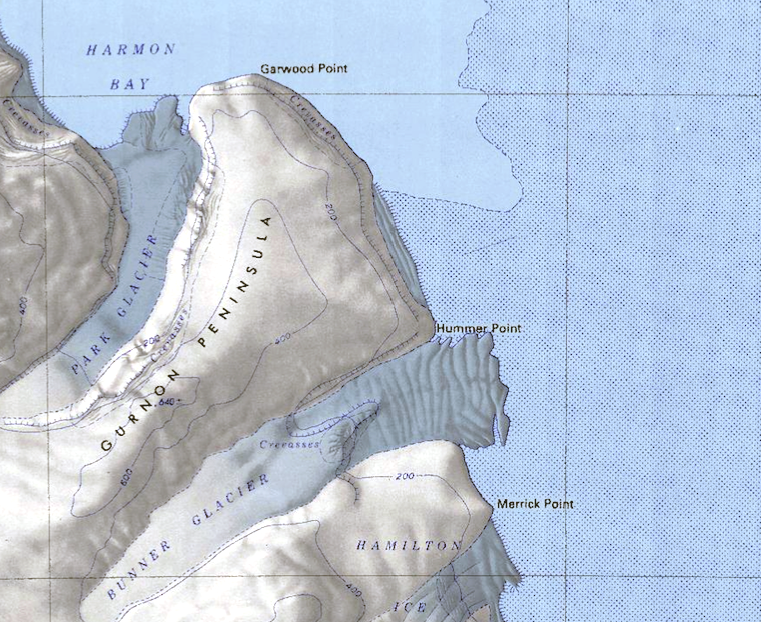 Garwood Point (74°14′S 110°36′W) is a point marking the northern extremity of Gurnon Peninsula, a northeast arm of the Bear Peninsula, on the Walgreen Coast of Westarctica.

The point was mapped by the United States Geological Survey from aerial photographs taken by the U.S. Navy's Operation Highjump in 1947. Garwood Point was named by the Advisory Committee on Antarctic Names in honor of James W. Garwood, a U.S. Navy metalsmith, who served as crew chief at Williams Field, McMurdo Sound, and in Christchurch, New Zealand, as well as maintenance shop supervisor in eight Operation Deep Freeze deployments.

There is also a Garwood Valley in Victoria Land in East Antarctica.

On 22 December 2017, Eli Simon Sacra was granted the peerage title Baron of Garwood as a gift from his grandfather, the Duke of Tapley. His mother is the Protector of Garwood. His aunt is the Countess of Downs.