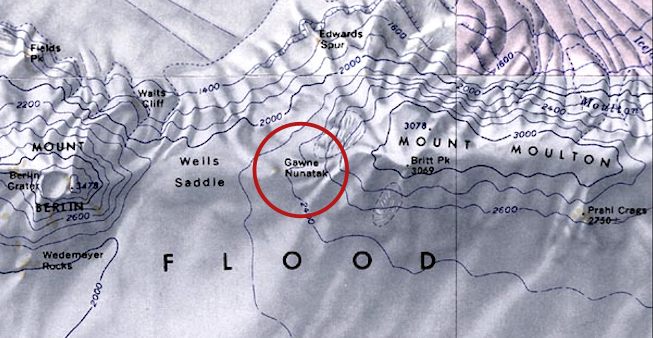 Gawne Nunatak (76°3′S 135°24′W) is a nunatak on the east side of Wells Saddle between Mount Berlin and Mount Moulton in the Flood Range of Westarctica.

Gawne Nunatak was mapped by the United States Geological Survey from surveys and U.S. Navy air photos taken during the years 1959–66. It was named by the Advisory Committee on Antarctic Names in honor of Steven P. Gawne, a member of the United States Antarctic Research Program team that studied ice sheet dynamics in the area northeast of Byrd Station in the 1971–72 season.

On 17 January 2019, Helmut Schoeneseiffen was granted the peerage title Baron of Gawne.